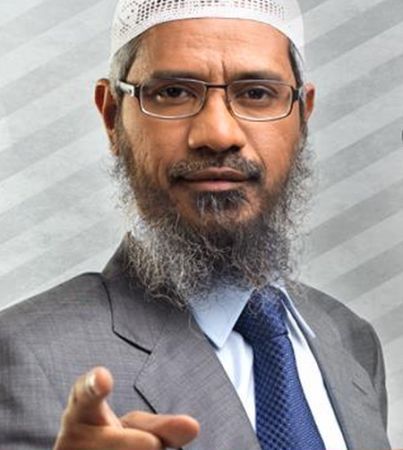 The controversial Islamic preacher has asked the television anchor to withdraw defamatory statements made by him and tender an unconditional apology.
Rediff.com's Prasanna D Zore reports.

Televangelist Zakir Naik has served Times Now television anchor and editor-in-chief Arnab Goswami a legal notice (a copy of which is available with Rediff.com), seeking damages worth Rs 500 crore (rs 5 billion) for running a 'hate campaign' and 'media trial' against him.

In the notice, issued by Naik's lawyer Mubin Solkar, the controversial preacher has also sought an unconditional apology from Goswami.

"The legal notice seeks that Goswami furnish in writing his sources of information and any evidence for making defamatory statements and charges against Dr Zakir Abdul Karim Naik and withdraw the defamatory statements made by him during the live telecast of The Newshour Debate on Times Now," Solkar told Rediff.com

Solkar clarified that they had not filed a defamation suit yet, but sent Goswami a legal notice seeking an apology. "Peremptorily, we have fixed the damages at Rs 500 crores and asked for those damages as well," the lawyer added.

"Dr Naik has claimed Rs 500 crore for the damages that has been caused to his reputation and his image in India and in the entire Islamic world," Solkar said. "In fact, the damage that Goswami has caused my client is far more than Rs 500 crore."

When asked about the controversial preacher's return to India, Solkar said his client has no plans to return to the country till next year or till the time any investigative agency summons him.

Initially, Solkar added, the preacher had planned to return to India for a day-and-a-half to clarify his stand to the media. Dr Naik, Solkar said, had booked his ticket to return, but he was then made aware of the fact that the central government had asked investigative agencies to probe the issue.

"He was then of the view that the agencies should come out with their probe report because there was no point in clarifying the issue to the media when the investigation was already on. What if the agencies had a contrary report? Then the media would have asked him another million questions and so he decided that he would remain in abroad till after the probe report comes out and answer all the clarifications," Solkar said.

Interestingly, Solkar said, despite the media hue and cry not a single investigating agency has summoned Dr Naik for questioning or to record his statement.

When asked if Dr Naik should have voluntarily reported to the investigative agencies to silence his critics, the lawyer asked, "The point is for whom should he come to India for? Ideally, he should have come -- and he will come if the agencies summon him. However, he doesn't need to return only for the media trial."

However, when it was asked why he bought an air ticket to fly to India, Solkar explained, "His coming to India and answering the media's questions wouldn't have silenced everybody permanently. The media would have asked him more questions after the completion of the probe against him."

"Dr Naik is confident that nothing will come out of the probe," Solkar said, "because all his lectures are available in the public domain and if the agencies see only the authentic lectures and not the doctored ones available online the agencies would definitely come to a conclusion that he is not a person who will inspire terrorists and terrorism." 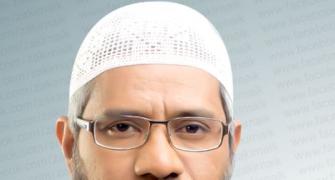 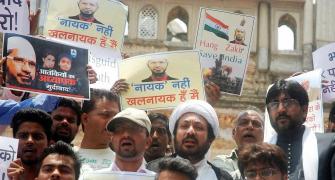 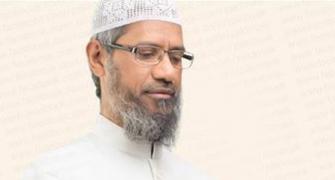 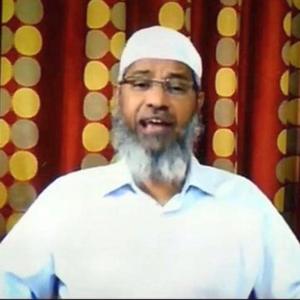 Zakir Naik says he will not return to India this year

9 teams are digging up dirt on Zakir Naik