In a case of honour killing, a 19-year old girl and her boyfriend were tortured for hours before being finally put to death by electrocution at the northwest Delhi residence of her uncle on Monday.

Asha Saini and Yogesh Kumar were brutally beaten up and finally put to death by electrocution at her uncle's place where she had been staying for the last one month, a senior police official said.

The girl's family was opposed to the match, he said.

Asha and Yogesh (21) were found dead with multiple stab injuries in the house on street no 3 of Swaroop Nagar area this morning, police said.

The girl's uncle and other members of his family are untraceable since the incident, which came to light after neighbours informed the police on seeing the bodies on the premises of the house, they said.

"The bodies have been sent for a post mortem. Prima facie it appears to be a case of honour killing as the girl had an affair with Yogesh. We are investigating the case," a senior police official said.

Both Asha and Yogesh are residents of Gukulpuri area. 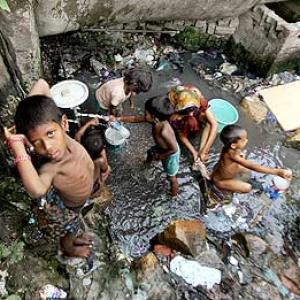