Please click on the images for a look at the latest in our Yeh Hai India series: Capturing the events and moods across our incredible country. 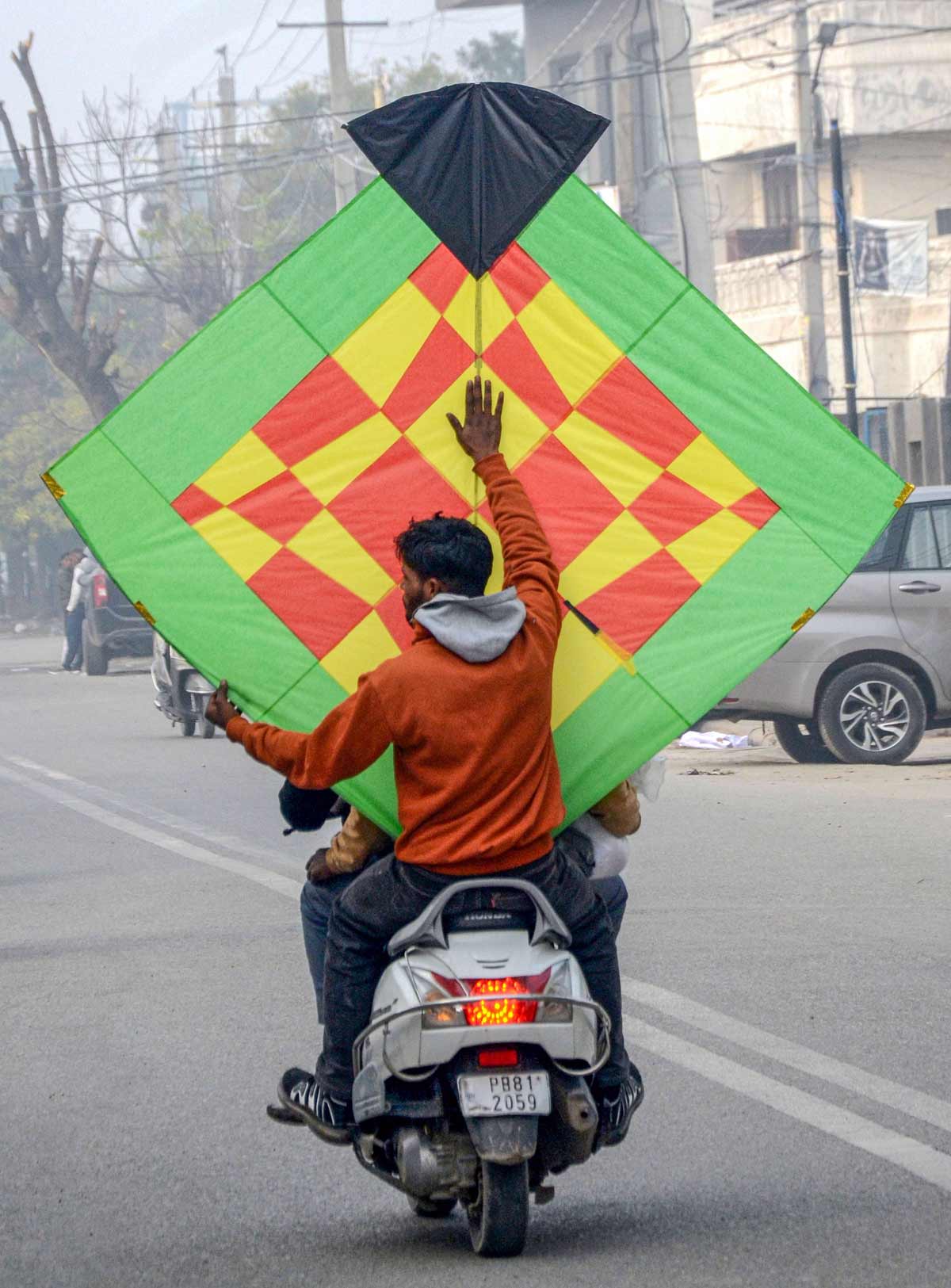 IMAGE: A man carries a large kite on a bike on the eve of Lohri, the winter folk festival, in Amritsar, January 12, 2022.
Photograph: PTI Photo IMAGE: People buy kites and other decorative items on the eve of Makar Sankranti in Thane, January 12, 2022.
Photograph: PTI Photo 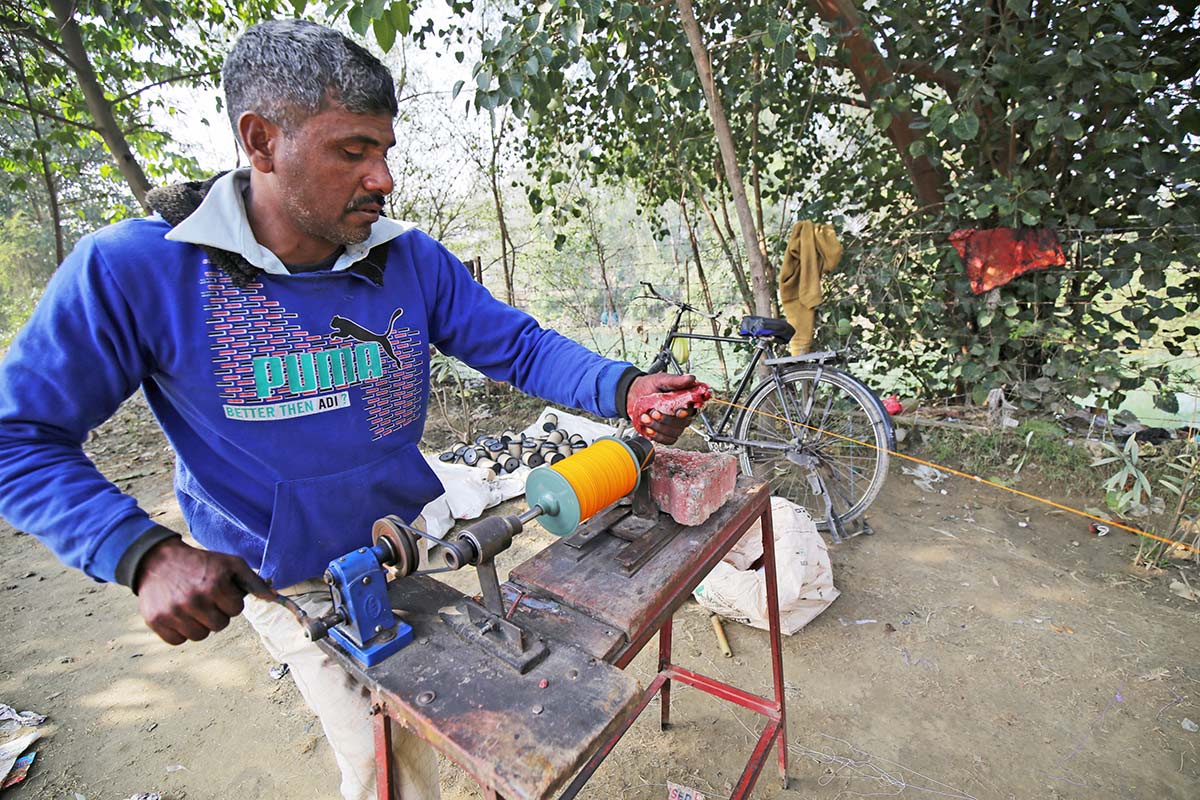 IMAGE: A worker rolls the kite thread (dor) on a kite spool (charkhi), ahead of Lohri on the outskirts of Amritsar, January 11, 2022.
the kite flying season peaks in Amritsar on Lohri, which marks the culmination of winter and is celebrated in January every year.
Photograph: ANI Photo IMAGE: Workers process the dor (kite thread) with colours and other local ingredients, ahead Lohri on the outskirts of Amritsar, January 11, 2022.
Photograph: ANI Photo IMAGE: A Bhela Ghar (makeshift shelter) created around the theme of the fight against COVID-19 for the harvest festival Magh Bihu at Raha in Nagaon, Assam.
The festival is celebrated all over the state like Lohri in North India with the burning of Meji and Bhela Ghar.
Photograph: ANI Photo 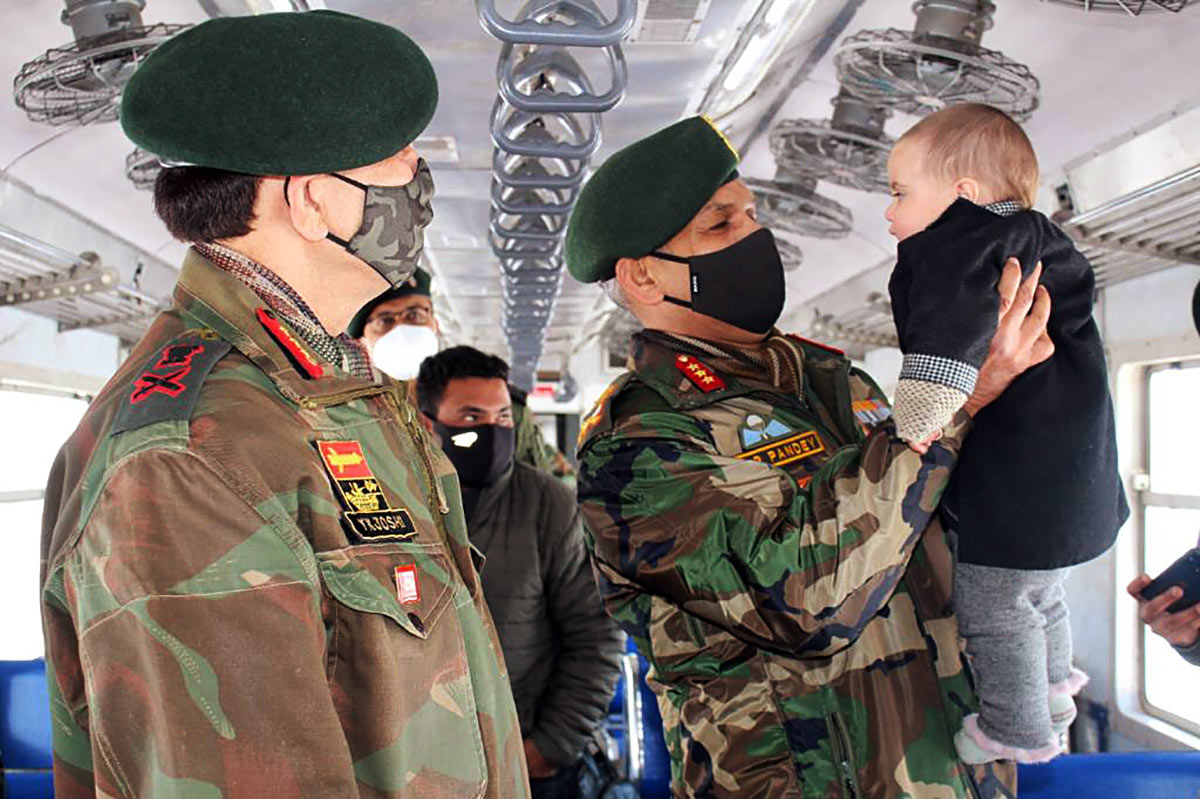 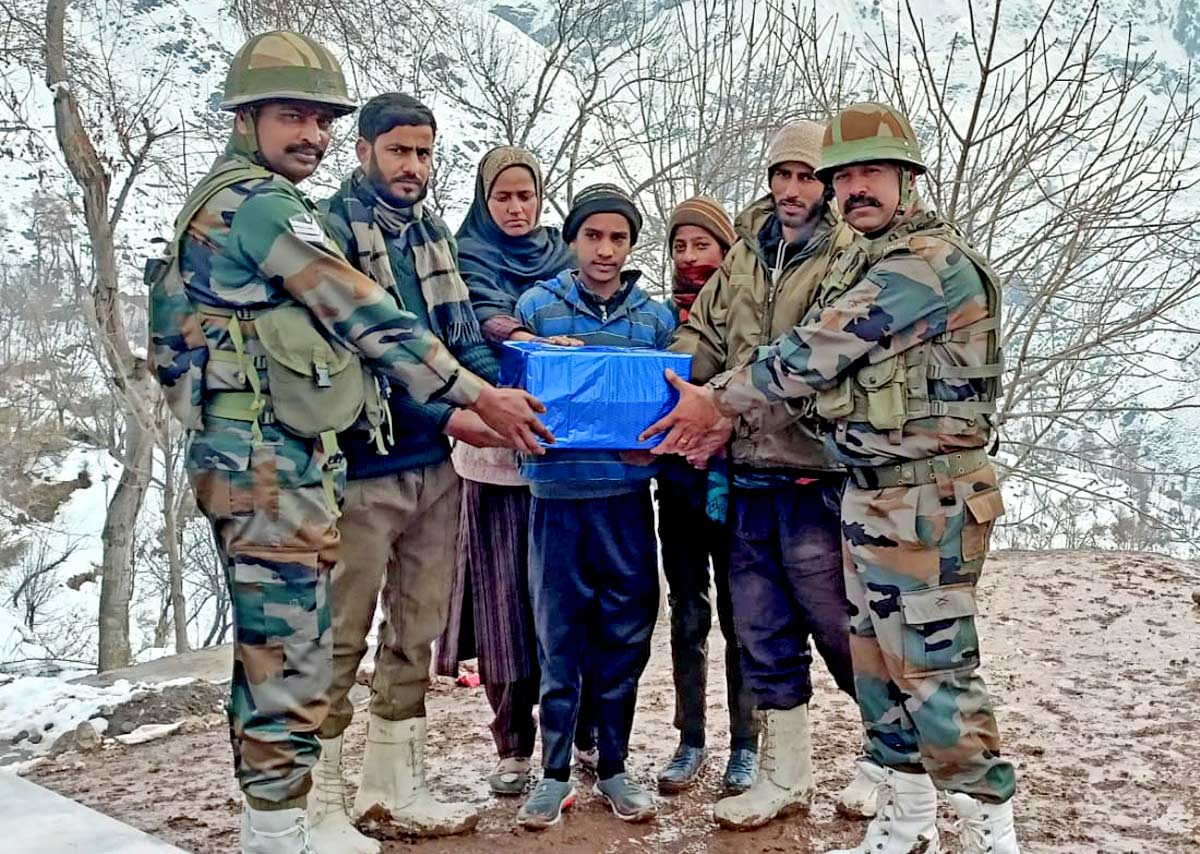 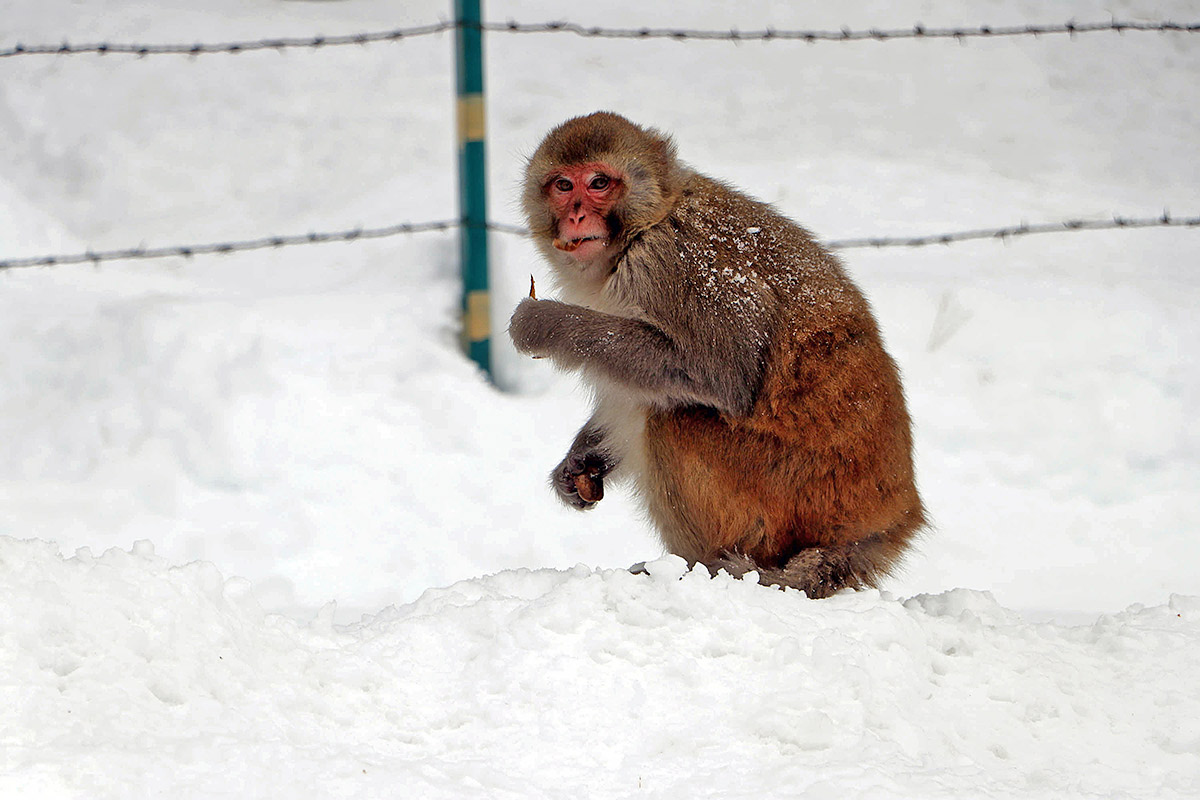 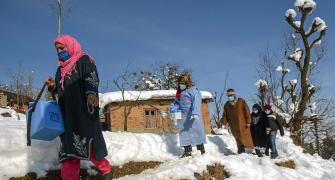 Covid Vaccination In The Snow 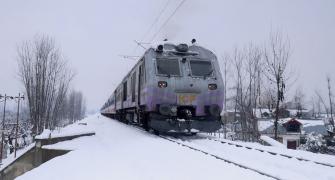 Chugging Through The Snow As We Celebrate, Salute These Soldiers 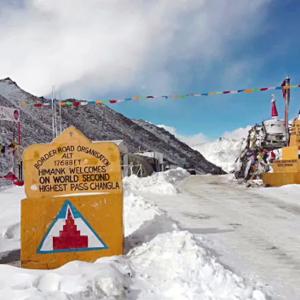 Salute These Heroes In Ladakh