The Himalayan state was struck by flood and landslides which claimed at least 35 lives. The law-and-order situation deteriorated with a large number of cases of abduction, murder and dacoity reported. At least 140 cases of atrocities against women were reported during the year.

Insurgency-hit Tirap and Changlang districts witnessed a series of clashes between both the factions of the NSCN during the year. The Centre sanctioned an amount of Rs 130 crore as a special package for modernisation of police forces in Tirap, Changlang and Longding districts.

The state suffered a total loss of 828 hours due to bandhs called by various organisations during the year.

It was a year of trial and turbulence for the state media as it faced repeated attacks from miscreants. Tongam Rina, an Associate Editor of the state's first English daily Arunachal Times was shot at by unidentified assailants in July when she was entering her office.

The state media fraternity launched a series of agitation demanding arrest of the culprits and handing over the case to CBI, which the state government complied with. However, the investigating agency later declined to accept the case.

The newspaper office was also vandalised by unknown persons in April while two of its staff were attacked in September. The office of Echo of Arunachal, the oldest newspaper from the state, was vandalised and its associate editor Tapan Kumar Das assaulted by some persons in November.

The oft repeated claim of China over Arunachal Pradesh's territory re-surfaced during the year with Google Earth displaying the entire stretch of the state in its map as territory of China which evoked strong reaction among various organisations of the state.

The BJP organised a shahid sardhanjali yatra on October 18 from Guwahati which culminated at Lumla, bordering China to mark 50 years of the Sino-Indo war of 1962 and to pay homage to the 3770 martyrs.

A multi-crore coal scam surfaced in the state during the year with Opposition BJP accusing the government of violating norms in extracting coal from the Namchik-Namphuk coal block in Changlang district.

On the political front, four Trinamool Congress and five NCP legislators joined the ruling Congress swelling its strength to 55 in the house of 60.

In another development, the Gauhati High Court set aside the election of Congress MLA Gadam Ete in the 2009 assembly election and declared his nearest rival Dutter Padu of TC elected. However, Ete later challenged the verdict in the Supreme Court which put a stay on the order.

In a similar judgement, the High Court also cancelled the election of Congress MLA Markio Tado from Tali constituency and declared elected former MLA Takam Sorang. The case too was in the apex court after Tado challenged the verdict.

The Centre granted an amount of Rs 40 crore for the state to boost agriculture production, while the annual plan size was pegged at Rs 3,535 crore, a 20 per cent hike.

The state recorded a rise in tourist flow in the year. The Centre also approved Agriculture College for Arunachal to be set up at East Siang district, while Indira Gandhi Technical and Medical Sciences University, a new private varsity, started functioning at Ziro in Lower Subansiri district.

The longest bridge over Pare River in Papum Pare district was inaugurated along with the Digaru Bridge linking Lohit and Anjaw districts during April.

The state government constituted the Special Tiger Protection Force after a Royal Bengal tigress was killed and hacked into pieces in her enclosure by poachers at Itanagar zoo in September.

On the sports front, the state made remarkable achievements by formulating a sports policy with various sops for budding talents. It also inked a MoU with Reading Football Club of England to groom footballers from the state. 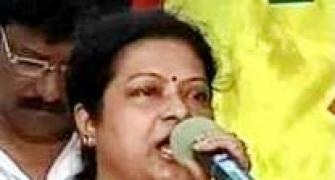 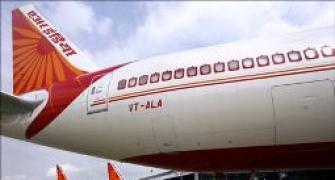 'Fund infusion in AI must to keep fares in check' 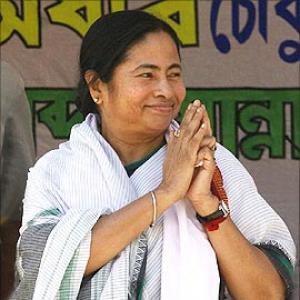