News
Business
Movies
Sports
Cricket
Get Ahead
Money Tips
Shopping
Sign in  |  Create a Rediffmail account
Rediff.com  » News » 'Would have loved to': Shatru on fighting poll against PM

'Would have loved to': Shatru on fighting poll against PM

Actor-politician Shatrughan Sinha, who quit the Bharatiya Janata Party to fight from Patna Sahib on a Congress ticket, on Saturday scoffed at the saffron party's claim that the seat has been its stronghold and said he "would have loved" to fight Prime Minister Narendra Modi in the seat. 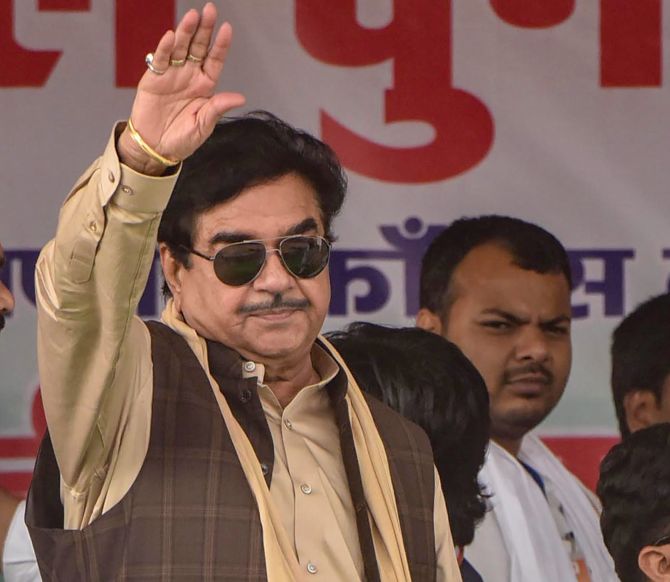 "Let them (BJP) live in fool's paradise ... Voters of Patna Sahib will teach them a lesson," Sinha, popularly known as 'Bihari Babu', said.

He cited the victories of Congress and Rashtriya Janata Dal nominees in the past from the prestigious Bihar seat, from where he is seeking re-election for the third straight time, to deride BJP's claim.

"There was news in some quarters that Modi himself will enter the fray from Patna Sahib on a second seat in addition to Varansi ... What happened?...I would have loved to take on him on the seat," Sinha, also known as 'Shotgun' said.

Sinha, a Modi baiter, will take on Union law minister Ravi Shankar Prasad, a four-term Rajya Sabha member fielded by the BJP, in the Patna Sahib seat. This will be the first time that Prasad will be contesting in a Lok Sabha election.

Sinha himself has served two terms in the Rajya Sabha previously and had been a member of the Union council of ministers headed by Atal Bihari Vajpayee.

The flamboyant MP brushed off Bihar deputy chief minister Sushil Kumar Modi's recent statement that even American President Donald Trump if he were to contest from Patna Sahib would lose to th BJP.

"All these are said in frustration to keep Modi and Amit Shah in good humour while hiding the situation prevailing on the ground," Sinha said.

Without naming Sushil Modi, the actor-politician said, "instead of fielding a person (Prasad) who cannot even win the municipal corporation election he himself (Sushil Modi) should have crossed swords with me."

The Bollywood actor, who was inspired by Loknayak Jayprakash Narayan to join politics and was introduced to the BJP in the mid-80s by Nanaji Deshmukh, joined the Congress last week after fight with the present leadership of the saffron party over being sidelined since the 2015 Bihar assembly polls.

On his arrival in Patna on Friday on his first tour of his Lok Sabha constituency after joining the Congress, Sinha was given a rousing welcome at the state party headquarters at Sadaqat Ashram and he expressed confidence that he will retain the seat for a third time with a record margin.

Fighting on a BJP ticket, he had trounced famous Bhojpuri actor Kunal, who was fielded by the Congress from the seat, in 2014. I

In the 2009 Lok Sabha he had defeated fellow Bollywood colleague and Congress candidate Sekhar Suman.

Elaborating on his contention that non-BJP leaders had won the Patna Sahib seat as well in the past, he mentioned Ramkripal Yadav, a former RJD leader who had defeated the BJP nominee. Yadav is now in BJP and in the fray from neighbouring Patliputra seat.

He also recounted the win by C P Thakur on a Congress ticket from the seat, that comprise the capital city of Patna and stretches to Patna Sahib, the birth place of Guru Nanak.

Even Communist Party of India leader Ramavatar Shastri had won from the Patna seat, before its bifurcation into Patna Sahib and Patliputra in 2009, thrice in the past, Sinha said.

Patna Sahib Lok Sabha seat has six assembly constituencies under it out of which five are held by the BJP at present and a lone one by the RJD.

Sinha trashed allegations that he has been an absentee in the Patna Sahib consituency and never cared for people who had voted for him. 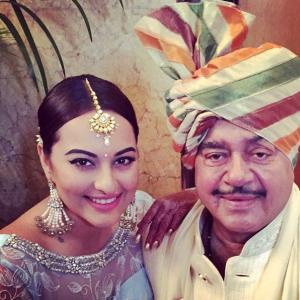 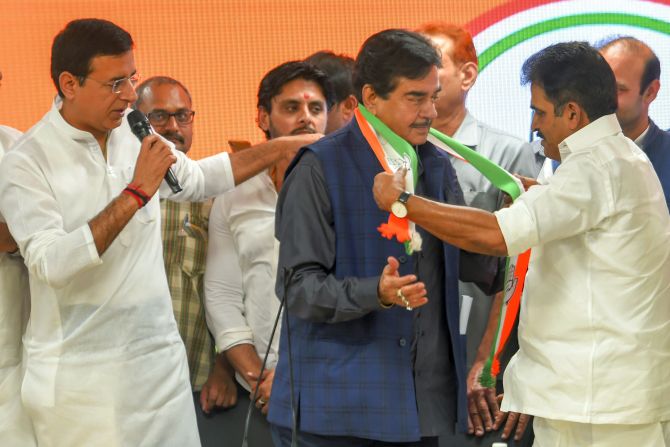