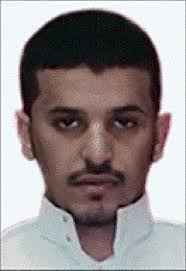 ‘Underwear bomb’ creator Ibrahim Hassan al-Asiri, perhaps the best bomb maker in the world, has been the most high-profile recruit of the Islamic State. And the ability of his bombs to go unchecked through the most stringent security setups has left the US and UK very worried. Vicky Nanjappa reports.

There is frenzy among security agencies which have put the airports in Britain on high alert following an intelligence input by the United States of America. The alert states that Western jihadis will target flights and airports in Britain, which is extremely vulnerable to terror strikes.

There have been several such alerts since the 9/11 terror strikes, but the terrorists have not yet managed to get through the enhanced security that is in place in airports across the world. Britain saw one failed attempt post 9/11 at the Glasgow airport undertaken by an Indian national and lone wolf Kafeel Ahmed.

The latest alert by the US is not being taken lightly as all the agencies are aware that the man behind making ‘a deadly bomb which cannot be detected by a metal detector’ is very much around, reports have stated. The man in question is Ibrahim Hassan al-Asiri, a craftsman when it comes to making bombs. He is arguably the best in the business when it comes to making bombs and agencies from across the world are aware that he has devised a bomb which can avoid detection by scanners and also sniffer dogs.

This is a bomb that he is working on since the past couple of years and for the latest plot concerning the British airports there is a good chance that this bomb may be used which contains a liquid explosive, reports have stated.

The US intelligence which shared this information with several agencies had claimed that if this bomb is used then the operative can dip his clothing into this liquid explosive and turn the clothing into a bomb.

Asiri has been part of the Al-Qaeda network for several years now. However, recently he pledged support to the Islamic State and this has been an added worry for every agency in the world. The Islamic State will look to go global and it could well use his services in the near future.

On the other hand the Al-Qaeda is desperate ever since the rise of the IS, formerly called the Islamic State of Iran and Syria which has announced a ‘caliphate’ after taking over swathes of land in Iraq and Syria.

The Al-Qaeda too will be looking to strike and would want to carry out an attack on the lines of 9/11. The US is aware that Asiri does not work with the Al-Qaeda today. However what is worrying is the number of persons from the Al-Qaeda he has trained in the past few years.

A sample of this was seen during the Christmas Day bombings at Detroit in 2009. Umar Farouk Abdulmutallab, the man who carried out this attack, was a student of Asiri and used the bomb which was made by the expert. Asiri today is in Yemen and has vowed to fight alongside the IS, intelligence inputs point out. He is one of the most important recruits for the IS and when they roped him in they made their intentions of a global agenda very clear.

Britain not only faces a threat from the Al-Qaeda but their Prime Minister David Cameron had warned about an IS threat as well. Several jihadis from Britain are fighting alongside the IS in Iraq, and the Cameron had said recently that they could well have UK on their terror agenda very soon.

While the IS will be looking to pursue a more global agenda, for the Al-Qaeda it is a matter of come back. They are today in competition with the IS for supremacy and fear losing ground to them especially in Iraq, Syria, Indonesia, Yemen and Nigeria. The Al-Qaeda would have to carry out a major attack in order to keep its forces interested.

It is a test of nerves for Qaeda chief Ayman Al-Zawahiri who has not been completely accepted as the leader of the outfit after Osama bin Laden’s demise.

An officer with the Indian Intelligence Bureau says that for the Al-Qaeda to make a come back they would need to stage a major attack.

“They would think ten times before they plan anything in the US as there will be a backlash which they cannot afford now. Hence they appear to have their eyes set on the UK.

“Not only will this boost the morale of their cadres, but will also ensure the return of several thousand of their members who had left them and joined the IS”, the officer also points out. 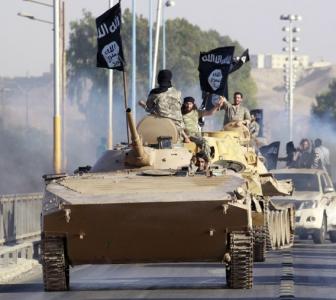 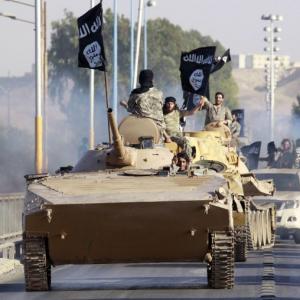