Work together as a team for nation building: PM tells civil servants Prime Minister Narendra Modi on Thursday asked civil servants not to work in silos but as a team and act as an agent of change for welfare of the people and development of the country.

Addressing bureaucrats on Civil Services Day in New Delhi, he asked them to experiment to bring in change besides increasing engagement with the people for greater results.

"Some people work in silos. We get more results working in team than in isolation. We need to come out of silos and work together as a team for nation building," Modi said.

He said the role of civil services was earlier of a regulator. Then after some time, the role changed to that of an administrator and then controller.

"When time further changed, you (civil servants) must have thought of acquiring managerial skills. Time is changing. Only being an administrator and controller is not enough. It is the need of the hour that everybody, at every level, has to be an agent of change," the prime minister said.

He said, "we need to bring in changes. When we sit at one place we forget to experiment. If we do not experiment then how do we bring changes. There is no experiment without risk. And if we don't experiment, then it becomes merely a job".

"I always reward experiments. People who do work differently and experiment, they get a different satisfaction," the prime minister said.

In his about 45-minute long pep talk to a large gathering of bureaucrats from the Centre and states, Modi asked senior officials to benefit from the knowledge of their juniors, who are of a different generation and probably know better ways to do a task.

Modi asked seniors to combine their experience with knowledge and skill sets of juniors and asserted there would be nothing which cannot be done. The prime minister said there should not be any "tiredness" while they are working as it will create obstacles.

"Rukavat samasya paida nahin karti hai, thakavat karti hai (Obstacles do not create problems but tiredness do)", he said asking the civil servants to be energetic and to keep away weariness from their attitude.

The prime minister said that 'jan bhagidari' or public participation is the key to success. "Initiatives have succeeded when 'jan bhagidari' is embraced. Engaging with civil society is very important," he said.

Modi asked bureaucrats to engage with the people, so that the government's schemes and initiatives can be better implemented on the ground. Referring to the committees of secretaries which had been formed at his initiative to look into key areas of governance, he said that officials worked on these tasks voluntarily after office hours and on holidays.

Modi said these teams had "successfully broken silos", and presented fresh ideas and suggestions. They had devoted 10,000 man-hours to this work. "Let us create an atmosphere where everyone can contribute. The energy of 125 crore Indians will take the nation ahead," he said. 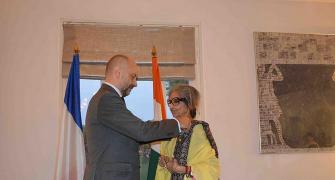 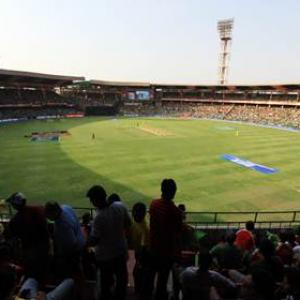