Calling upon "honest" people within the Congress to act the way VP Singh had done on Bofors, Bharatiya Janata Party leader L K Advani on Wednesday said they should show the same courage in getting back black money stashed abroad by Indians.

"I want those people who are honest and those who have the courage to act like Vishwanath Pratap Singh did over Bofors during the time of Rajiv Gandhi. I ask such members of the Congress to display similar courage and strength," he said addressing a rally on the 29th day of his Yatra.

Singh, who was a Cabinet minister in the Rajiv Gandhi government, had raked up the Bofors kickbacks issue. He was forced to leave the government. Bofors became an  election issue and led to the defeat of the Congresss in 1989.

Advani said in the coming session of Parliament, the entire focus of the BJP and the opposition would be on black money issue.

"I think that there will be people within the Congress party who would think that to protect some people the government is taking wrong decisions. After all this wealth is not any individual's wealth but belongs to the country. And India's wealth should come back to it. Many Congress people will appreciate this," Advani said.

Advani also renewed his demand asking government to present a white paper on black money lodged in foreign banks and said that to ensure proper time for discussion, it must  do it on the first day of the winter session of Parliament commencing on November 22.

Advani said many countries had taken back money from Swiss banks and asked what the Indian government had done in this regard.

"It is said that India would become a great power like China in the 21st century. So how can Switzerland neglect our demands especially after it had passed a law on illegal wealth?" he asked.

In his speech, Advani accused the Congress of deflecting blame of the 2G scam on its allies to save its own members.

"I ask the Congress government who have you sent to jail. One Congress MP related to Commonwealth Games has definitely gone to jail but none of the Congress ministers has  gone there. From among the ministers you have only sent those belonging to the Dravida Munettra Kazhagam," he said.

The DMK has consistently held that all actions were taken after consulting the prime minister and the home minister, he said.

"Many people also talk abut letters that had been written in this regard. All those letters should also be investigated. But I believe that the ordinary citizen of the country will not be satisfied till the time the culprits within the Congress party are not identified and punished," he added. 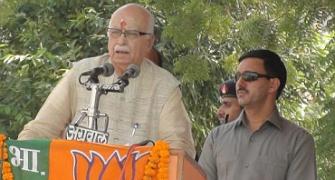 Yatra not meant for repackaging me: Advani 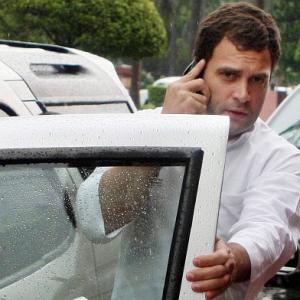 Yes, Rahul is the future; we don't know when: Congress