Few political parties want to stand up and be counted as a Congress ally in the UPA, particularly since the Congress is perceived to be a sinking ship at this stage, reports Renu Mittal.

The Congress-led United Progressive Alliance government is finding itself being squeezed and cornered from more than one direction. While Mamata Banerjee has begun to shop around for new allies and has threatened a no-trust vote, after parting ways with the Congress, there may be further bad news in the days ahead with Bahujan Samaj Party leader Mayawati also likely to withdraw support from the UPA government.

Highly placed sources in the BSP disclosed that the former Uttar Pradesh chief minister has convened a meeting of her party in Lucknow on October 9, where she may announce her decision on withdrawing outside support to the government. Her reasoning is said to be based on the logic that with both the Congress and the Bharatiya Janata Party looking down and out, an early election would work to the advantage of the BSP and the Samajwadi Party, and the bulk of the seats would be divided between these two parties. This would give her a bigger foothold to play a role in national politics.

The reasoning within the Congress is that Mulayam Singh Yadav would go with Mamata Banerjee as a tie up between the two is on the cards. To prepare for that eventuality senior leaders had approached Mayawati to become a part of the government in a bid to lend it a degree of stability, but she is learnt to have declined the offer.

With Mamata Banerjee coming to Delhi and holding a rally in the capital against Foreign Direct Investment in multi-brand retail, she has announced that she may be looking at various options to corner the government in the winter session of Parliament and has not ruled out moving a no-confidence motion against the Dr Manmohan Singh led UPA government.

She shared the dais with the National Democratic Alliance convenor Sharad Yadav and while no great significance is being attached to this as it would be difficult for her to join the NDA because of the large Muslim population in West Bengal. She is signaling a bigger role for herself at the Centre and is using that to leverage her position in West Bengal. At the same time, Mamata Banerjee is also looking at forming a bigger front on the FDI issue as well as cobbling together a future third front in time for the next general election.

Interestingly, the so far dependable Dravida Munnettra Kazhagam has also decided to bare its teeth with the party announcing that they are open to supporting Mamata Banerjee and whatever resolution she brings in Parliament against FDI in retail. Whether this includes supporting a no-confidence motion remains a distinct possibility say DMK sources even though they are at the moment clearly saying they are in the UPA.

Congress's chips are so down that even a small party from Jharkhand which has two MPs and is currently an ally of the UPA, the Jharkhand Vikas Morcha of Marandi has also announced it is withdrawing support from the government.

Sources say that within the government number crunching is once again the name of the game. The last time, the prime minister's obstinate decision to go ahead with the Indo-US nuclear deal led to the party and the government having to scout around for new allies. This time around the prime minister has once again pushed the party into a corner by announcing FDI in multi-brand retail under pressure from the USA and the reforms lobby, with the party and the government looking at various parties for support to add up the numbers in the event that the threatened no-confidence motion actually materialises.

The Congress party has officially said it enjoys majority support on the FDI issue but if Mayawati actually decides to dump the UPA, it may become a bit of a struggle for the government to clear the numbers as SP has already said they oppose FDI in retail.

Even as the Congress and the government have decided to mobilise support for the FDI, Prime Minister Dr Manmohan Singh and Congress President Sonia Gandhi will address a joint rally at Ramlila Grounds on October 28 to educate the people on the benefits of FDI. It will seek to ally their fears that the coming of big stores would sound the death knell for the small and marginal shopkeeper and the 'kirana' store. Other rallies of this nature are also being planned even as senior leaders have been drafted to spread the word.

A senior leader said the decision was the handiwork of the prime minister and the finance minister, both of whom are big votaries of the reform process which is currently underway.

With Mamata Banerjee sounding the clarion call against the Congress party, it is likely that in the weeks ahead she may get more and more support. Even left parties which are rabidly anti-Mamata have a declared stance of being anti-FDI in retail and it would be difficult for them also to bail out the government on this issue. The Congress may look at the All India Anna Dravida Munnetra Kazhagam and Navin Patnaik's Biju Janata Dal but sources say both these parties may find it difficult to support the Congress keeping in mind the state politics and the fact that they are pitted against the Congress in the state. The Congress would need to severe ties with the DMK before the AIADMK moves ahead to support the government at the Centre. Although so far there is no guarantee of it because the early polls suit the AIDMK.

According to a senior Congress leader, few political parties would want to stand up and be counted as a Congress ally in the UPA, particularly since the Congress is perceived to be a sinking ship at this stage. Along with this is also the growing perception that the Congress does not observe coalition dharma but pushes ahead its agenda irrespective of the dissent voiced by other coalition partners.

With the government having notified FDI in retail, having left itself no room for maneuver, both the party and government managers would need to work rather hard to stitch together the numbers for the coming session of Parliament. 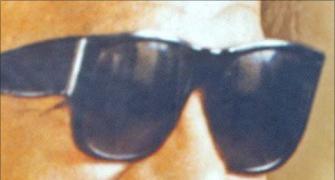 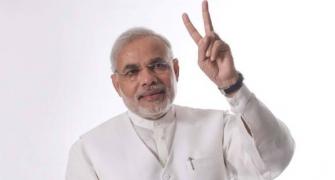 TMC may bring no-trust vote against govt in Par: Mamata