WikiLeaks co-founder Julian Assange was on Thursday arrested after staying in Ecuador's embassy in London for seven years as the South American country withdrew the asylum granted to him. 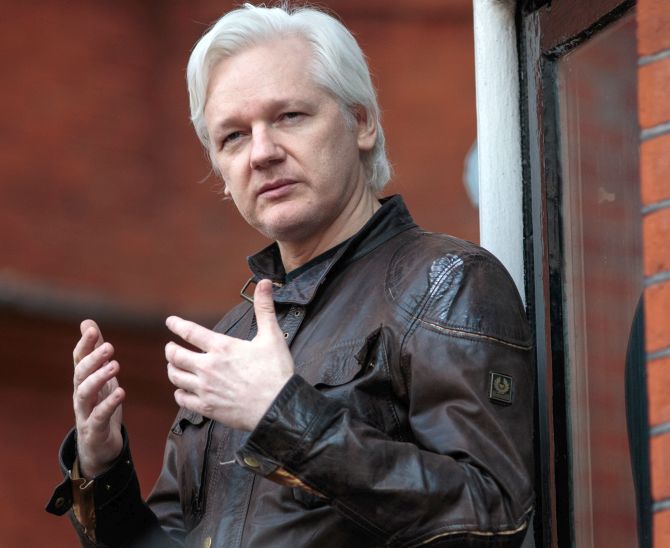 Scotland Yard confirmed the arrest and said its officers had executed a warrant against Assange dating back to June 2012 for breach of bail conditions in the United Kingdom.

The 47-year-old Australian-born has been holed up in a back room of the Ecuador embassy in central London for nearly seven years since his arrest on sexual assault charges in Sweden.

He claimed asylum on the grounds that he feared ultimate extradition to the United States, where he faces a possible death sentence or torture for Wikileaks' alleged leak of American secrets.

"He (Assange) has been taken into custody at a central London police station where he will remain, before being presented before Westminster Magistrates' Court as soon as is possible," a Metropolitan Police statement said, adding that Assange had been arrested on a warrant issued by the same court on 29 June 2012, for "failing to surrender to the court".

"The Met Police Service had a duty to execute the warrant, on behalf of Westminster Magistrates' Court, and was invited into the embassy by the Ambassador, following the Ecuadorian government's withdrawal of asylum," the statement said.

Assange sought refuge at the Ecuador embassy in Knightsbridge in June 2012, having lost an appeal against extradition to Sweden for questioning on allegations of rape and sexual assault that went up to the UK Supreme Court.

While the Swedish case has since been dropped, Assange was wanted by Scotland Yard for breach of bail and faced arrest the moment he stepped out of the diplomatically immune territory. But once that immunity was lifted, he was taken into custody.

The UK government welcomed the arrest, which it said was the result of "extensive dialogue" between the UK and Ecuador.

"Nearly seven years after entering the Ecuadorian embassy, I can confirm Julian Assange is now in police custody and rightly facing justice in the UK. I would like to thank Ecuador for its cooperation & @MetPoliceUK for its professionalism. No one is above the law," UK home secretary Sajid Javid said in a Twitter statement.

UK foreign secretary Jeremy Hunt echoed the sentiment in his own Twitter message to say that Assange was no "hero" and hidden from the truth for years.

"It is absolutely right that Assange will face justice in the proper way in the UK. It is for the courts to decide what happens next. We are very grateful to the Government of Ecuador under President Moreno for the action they have taken," added UK Minister of State for Europe and the Americas Alan Duncan.

Ecuador's President, Lenin Moreno, said the country has withdrawn Assange's asylum after he repeatedly violated the conditions of his asylum.

"In a sovereign decision, Ecuador withdrew the asylum status to Julian Assange after his repeated violations to international conventions and daily-life protocols," said Moreno.

The relationship between Assange and his host country has soured considerably in recent months, resulting in the WkiLeaks co-founder taking legal action against Ecuador last October for allegedly violating his "fundamental rights and freedoms". He was placed under a new set of house rules and allowed only limited internet access.

"Ecuador's measures against Julian Assange have been widely condemned by the human rights community," a Wikileaks statement said at the time.

The US authorities have never officially confirmed that they have charged Assange but the criminal charges related to the publication of classified documents were accidentally made public last year and WikiLeaks fears his extradition to the US.

In December 2017, Ecuador gave Assange citizenship, and was reportedly preparing to appoint him to a diplomatic post in Russia, but the British government made clear that if he left the embassy, he would be arrested. 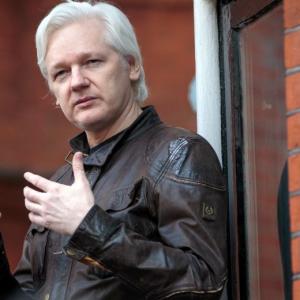 Why WikiLeaks was the biggest story of 2010