News
Business
Movies
Sports
Cricket
Get Ahead
Money Tips
Shopping
Sign in  |  Create a Rediffmail account
Rediff.com  » News » Why the Congress vigour may be short-lived

The main Opposition party is likely to lose some more of its strength in 2016-17, Archis Mohan reports. 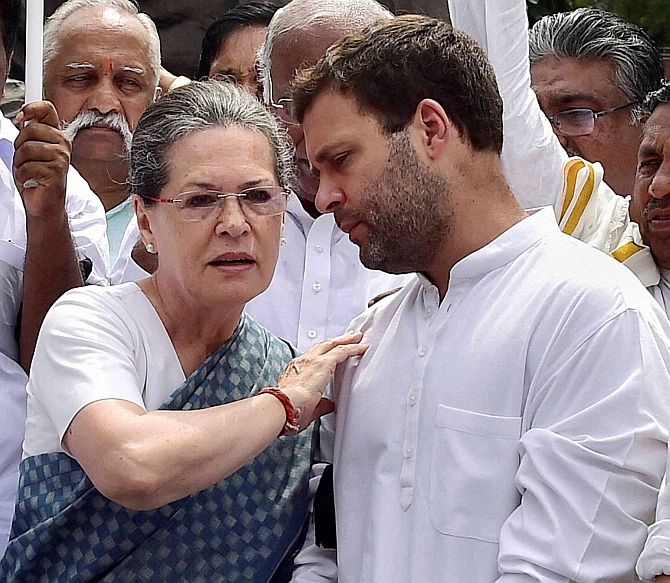 Over the past fortnight, the Congress' protests to ensure a near-washout of Parliament's monsoon session have been matched equally by the indifference of the Bharatiya Janata Party-led government.

The Congress' vigour and the absence of anxiety on the part of the Narendra Modi-led government for its failure to ensure passage of important economic reform legislation, such as the constitutional amendment Bill for the goods & services tax, have much to do with how the events are likely to pan out in the next couple of years.

The Congress, unforeseen events aside, is unlikely to have it politically as good as it does now. The party could progressively lose ground for another two years. With a weaker Congress, it will be easier for the government to reach out to smaller parties like the Samajwadi Party and Bahujan Samaj Party.

The Congress will not only be faced with losing its dominance in the Rajya Sabha in 2016 but will also have an uphill task to beat anti-incumbency in Assam and Kerala. The two states go to polls in early 2016. While the party has had a Tarun Gogoi-led government in Assam for three terms, Kerala is yet to return an incumbent government since the early 1980s.

The bigger jolt, though, will be the loss of its pre-eminence in the Rajya Sabha. Currently, the Congress, with 68 MPs, is the single-largest party in the Upper House; it leads a sizeable block of Opposition parties with the support of the Left parties (10 MPs), Samajwadi Party (15), Janata Dal United (12), among others.

As many as 21 Congress MPs retire from the Rajya Sabha in 2016, and barely half of them are likely to return. This has primarily to do with the fact that many of these MPs have been elected from states like Rajasthan, Maharashtra, Andhra Pradesh, Telangana and Punjab.

These states, which were all ruled by the Congress when these MPs were elected, now have governments run by BJP or its allies. The Congress’s significant losses will be offset only by Karnataka, where it could gain a couple of seats.

By comparison, the BJP has 48 MPs in the Rajya Sabha, and its allies have 16. Of them, 17 BJP MPs and seven members from alliance partners are about to retire. However, not only will the National Democratic Alliance return these MPs to the House but it is also likely to have greater numbers, given its recent electoral victories in several states.

Therefore, the gap between NDA and the Congress will increase in the Rajya Sabha. Additionally, seven of the 12 nominated MPs will retire by March 2016. NDA will get a boost because the President nominates MPs on the recommendation of the government.

Also, the Congress’ loss in the Rajya Sabha numbers could mean that many more Opposition parties might buy peace with the government.

Some significant regional players, such as the All India Anna Dravida Munnetra Kazghagamand Biju Janata Dal, did not join forces with the Congress in the latter’s protests during the monsoon session.

Besides, there could be a change in relations between the government and other important regional parties like the Trinamool Congress after the West Bengal elections, due by April 2016.

According to BJP sources, the government’s lack of outreach to the top leadership of the Congress was based on the assessment that the Congress would insist on disrupting the monsoon session.

The BJP fears the Congress will also disrupt the winter session. The BJP leadership did contact senior leaders like Ghulam Nabi Azad and Mallikarjun Kharge but was told their instructions were to disrupt the House until the government caved in on the demand for the resignations of External Affairs Minister Sushma Swaraj, Rajasthan Chief Minister Vasundhara Raje and Madhya Pradesh CM Shivraj Singh Chouhan.

* Congress governments will fight anti-incumbency in Kerala and Assam polls in 2016.

* The Congress has a 3-term govt in Assam, while Kerala hasn’t returned an incumbent since 1985.

* Congress, with its reduced influence, is unlikely to be a rallying point for smaller Opposition parties like SP, BSP

* Significant regional players like AIADMK and BJD have not sided with the Congress lately; TMC could mend bridges with the govt after West Bengal polls

* UP and Punjab will go to polls in 2017; Congress is a marginal player in UP, it hopes to beat two-term Akali-BJP govt in Punjab 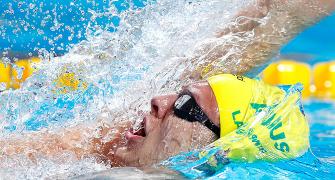 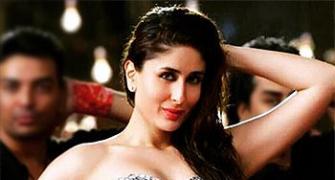 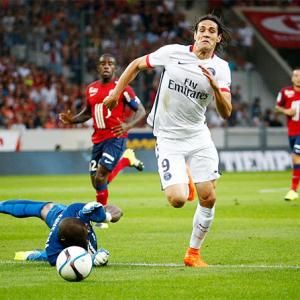 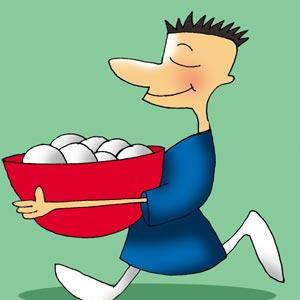