News
Business
Movies
Sports
Cricket
Get Ahead
Money Tips
Shopping
Sign in  |  Create a Rediffmail account
Rediff.com  » News » Why Pune's low-intensity blast should not be ignored 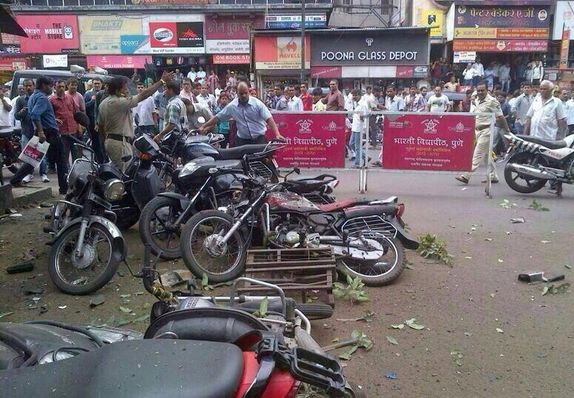 The blast on Thursday at the parking lot of the Pharaskhana police station situated in the vicinity of the famous Dagdusheth Halwai Ganesh temple in Pune thankfully did not cause much damage. The bomb, placed in the trunk of one of the two bikes, was powered by an improvised explosive device coupled with ammonium nitrate, ball bearings and nails. As the Maharashtra Anti-Terrorism Squad looks for clues and possible culprits, several theories float around this attack.

The fact that the blast happened outside a police station is significant, because terrorist groups carry out an attack outside such security establishments as a sort of ‘challenge’.

While analysing Thursday’s attack, IB sources say that two things could come out of this. “A lone Indian Mujahideen operative desperate to wake up his tribe could have carried out this attack. The other angle could be rivalry with the police. However, in both cases, the attack was aimed at sending across a message rather than trying to cause damage. It is very embarrassing for the police to witness a blast right their home, and this is exactly what the group which carried out the blast intended to do,” the official points out.

While everyone dismisses the IM as a defunct group now, one must not forget that they had made their comeback in a similar manner in 2010 with the blasts at the German Bakery. That attack had killed 17 people. The IM had bounced back after this attack and carried out major strikes at Hyderabad and Bihar.

Subsequently, the IM carried out other attacks, but all those failed to create the impact they would have expected. Intelligence Bureau officials say that a group such as the IM normally experiments with Maharashtra, a state which never seems to be geared up to face a terror attack.

“Almost 80 per cent of the alerts sent out by the IB are ignored, and there is a lacklustre approach when it comes to dealing with terror attacks, despite being a state which has been hit the most,” an IB official points out.

However, this particular incident should not be taken lightly just because it did not cause a big impact.

“These could be trial runs. Also, with such attacks, a group sends out a message to the rest of the cadre that they are in business. If not probed properly then it could well become a repeat of how the IM made a comeback,” says the source.

For now, five persons are being questioned as suspects, but it appears that these are just eyewitnesses to the incident. 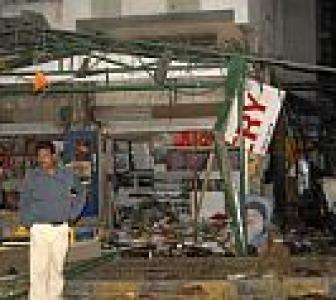 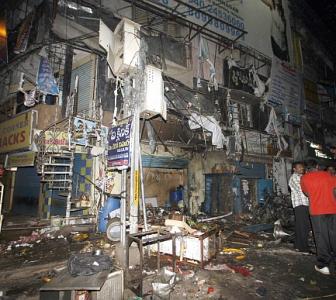 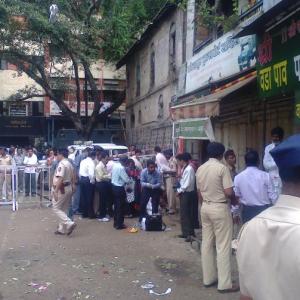 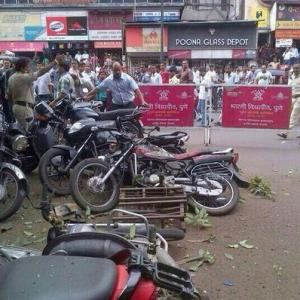