Why object to Wakf properties being registered, asks Khurshid

Presiding over the Khawaja Gharib Nawaz Conference in New Delhi, Khurshid said he was told that provision of making registration of Wakf properties mandatory will endanger the Muslims' claim on Babri Mosque as it was not registered. The board is reported to have claimed that the Babri Masjid was not registered, and that the amendment would demolish the Muslims' contention in the title suit in Allahabad High Court.

"I was told that they have got this information from the lawyers of Vishwa Hindu Parishad. We on the contrary have found that the property was registered in 1995. Earlier, the registration of the property done in 1966 was terminated because it had not furnished details of the surrounding areas of the mosque," Khurshid said. He said some people have also pointed out that the Wakf properties are being taken away in Punjab due to alleged improper registration. "The solution is not negating registration but to hire good lawyers in such cases. Our purpose is to save Wakf properties and I will make it sure that nobody takes away the these properties illegally," Khurshid added.

The conference expressed concern at encroachment of Wakf properties and also demanded the implementation of Rangnath Mishra Commission report, which has recommended reservation for Muslims. The conference also passed a resolution, which condemned terrorism saying Islam is totally against all kinds of violence and aggression and considers terrorism "a major sin". It also appealed to the people not to label terrorism to a particular group or religion. 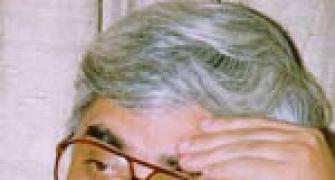 PM may write to states to vacate Wakf properties