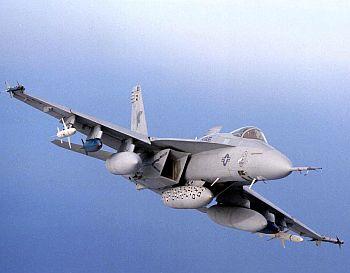 With India set to augment its ageing fleet of aircraft, Aziz Haniffa looks at a report that makes a strong case for Indians to go for the American offerings, even if it means that both India and Pakistan could use the same aircraft.

A report by the Carnegie Endowment for International Peace has reinforced the Barack Obama administration's campaign to lobby the Indian government to award the $11 billion contract for 126 medium multi-role combat aircraft to US manufacturers.

Tellis, a senior associate with the Carnegie Endowment, who served in the George Bush administration, both in the State Department and National Security Council, told rediff.com that he strongly believed "it is appropriate that the Obama administration champion the two US fighters (Boeing's F-18 and Lockheed Martin's F-16s) in the competition just as it is appropriate for the Indian government to take political factors into account when making its final decision."

However, he argued that his report showed that "there are strong technical, cost and programmatic reasons for India to favour US aircraft, even if political considerations are discounted."

Tellis said, "When one looks at the sum total of capabilities-sensors and avionics, weapons, situational awareness, and manoeuvrability-the US contenders, on balance, are better than their European counterparts."

"When one factors in costs, the US contenders come our substantially ahead," he noted, and added, "If growth potential is taken into account, the F-18E/F Super Hornet becomes a fantastic choice-and is just as attractive as any of its European counterparts."

Tellis said that the US "has major stakes in this outcome because for the last 10 years we have struggled to make the case for a strong US-India defence partnership and during the Bush administration the decision was made to offer, in a sense, the best plans that we could muster and that were relevant to the medium-role aircraft that India is looking to buy. So, we have a stake that this come out in a particular way," both for financial and political reasons, he said.

Exploring the regional context of the acquisition, Tellis said that India's air force squadrons have been steadily dissipating and argued that "in the late 1980s the Indian Air Force had a three-to-one air superiority over Pakistan. Today, the Indian Air Force can barely muster a 1.6 to one superiority over Pakistan. So, that's been a very sharp decline over two decades."

Thus, Tellis said, "This is a very dramatic change in the airpower balances and this is something that India needs to think carefully about as it makes its MMRCA decision."

"And so, I have one very importance piece of advice for the Indian government. And, that is, whatever you do, buy the airplane quickly because you cannot afford to have force-sizes continue to drop in the way that they have over the last 20 years."

Tellis also strongly recommended to the Indian government to "please buy a single airplane -- don't buy two airplanes. Because there is always the danger that the government might think about splitting the buy in order to satisfy political exigencies. A split buy is not a good idea from the the point of view of the air force because it would eventually, first, make the problems of force diversity -- which are already very problematic in the Indian Air Force -- even worse. And, I believe that the political gains from that strategy would also be relatively meager."

Tellis acknowledged that there very well could be a prejudice against the F-16s in India , since Pakistan has F-16s too in its inventory and said he believed "this is going to be one of the specific challenges that the F-16 faces because there is a prejudice in India that you don't want to buy the same airplane that the other side has."

"And, there are certain legitimate grounds for the prejudice and the standard argument that fighter pilots will give you is if it's the same airplane, then the envelopes are the same, the weaknesses and strengths are the same, there is no way in which you can overcome the other airplane through clever tactics because assuming pilot quality is comparable, etc."

However, Tellis asserted, "There is one catch though, that Lockheed Martin and the US government need to make the point clearly, and that is, the F-16 IN, which is offered to India is not the F-16 Block 50 that Pakistan has in its inventory. The F-16 IN is actually a very different airplane. It's a airplane first with a AESA (Active Electronically Scanned Array) radar. It's a airplane that will come with a whole range of electronic warfare systems that's simply not in the Pakistan's inventory and the sum totality of capabilities in the F-16 IN are unlikely to find their way to Pakistan any time soon for a whole range of reasons." 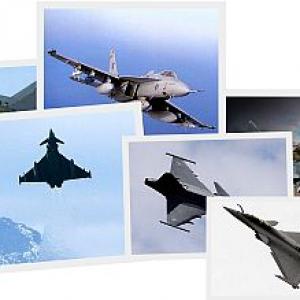