Democrat Tulsi Gabbard, the first Hindu lawmaker in the US Congress, met president-elect Donald Trump amidst speculation that she is being considered to be made the American Ambassador to the United Nations. 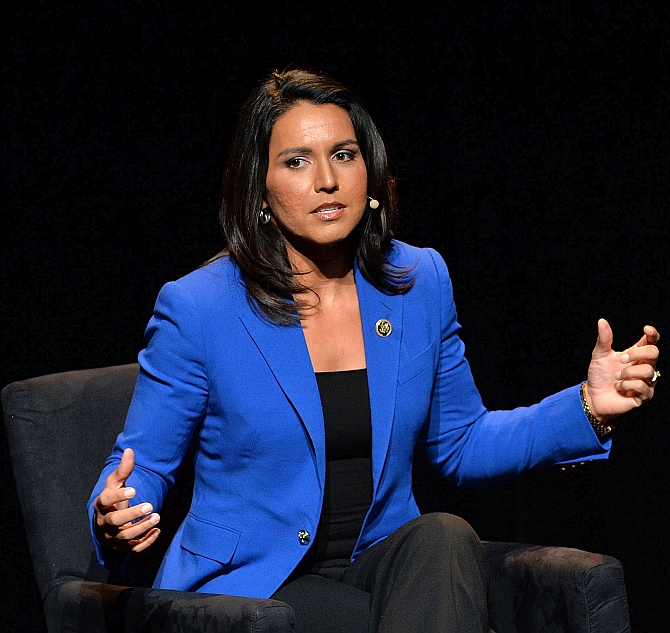 Gabbard, 35, who was re-elected for her third consecutive term on November 8, was among the first politicians to meet Trump in New York. She has been a vocal critic of President Barack Obama on confronting the radical Islamic terrorism.

"President-elect Trump asked me to meet with him about our current policies regarding Syria, our fight against terrorist groups like al-Qaeda and ISIS, as well as other foreign policy challenges we face," she said hours after meeting Trump in New York.

Amidst speculation that she is being considered for the position of US ambassador to the UN, Gabbard -- a Democrat -- defended the meeting as in favour of national interest.

"Let me be clear, I will never allow partisanship to undermine our national security when the lives of countless people lay in the balance," said the Congresswoman from Hawaii.

The presidential transition team confirmed the meeting, but it did not respond to questions on her being a potential candidate for a senior position in the Trump administration.

"Wouldn't want to qualify specifically any potential administration positions, other than this is an opportunity for the president- and vice president-elect to get together with the congresswoman and receive her input on several different ideas," Jason Miller, communication director for Trump transition team told reporters during a conference call.

"She obviously has a very distinguished track record. But it would be a little premature to start putting out specific potential administration positions," Miller said.

Gabbard said she felt it was "important to take the opportunity to meet with the president-elect now before the drumbeats of war that neocons have been beating drag us into an escalation of the war to overthrow the Syrian government -- a war which has already cost hundreds of thousands of lives and forced millions of refugees to flee their homes in search of safety for themselves and their families."

"While the rules of political expediency would say I should have refused to meet with President-elect Trump, I never have and never will play politics with American and Syrian lives," she said, adding that Americans cannot allow continued divisiveness to destroy the country.

Gabbard, who had been a strong supporter of Senator Bernie Sanders during the Democratic presidential primary nomination, said she had a frank and positive conversation in which they discussed a variety of foreign policy issues.

"I shared with him my grave concerns that escalating the war in Syria by implementing a so-called no fly/safe zone would be disastrous for the Syrian people, our country, and the world," she said.

"It would lead to more death and suffering, exacerbate the refugee crisis, strengthen ISIS and Al Qaeda, and bring us into a direct conflict with Russia which could result in a nuclear war," Gabbard said.

They discussed her bill to end America's "illegal war" to overthrow the Syrian government, and on defeating Al Qaeda, ISIS, and other terrorist groups who pose a threat to the American people, she said. 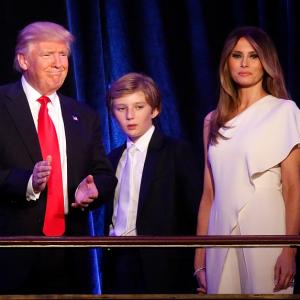