News
Business
Movies
Sports
Cricket
Get Ahead
Money Tips
Shopping
Sign in  |  Create a Rediffmail account
Rediff.com  » News » Why Congress is worried over the Jat vote in Rajasthan

The Jat community is itching to end its brief dalliance with the BJP, but it is also upset with the Congress, the party they have traditionally supported, for not giving them their due, reports Archis Mohan. 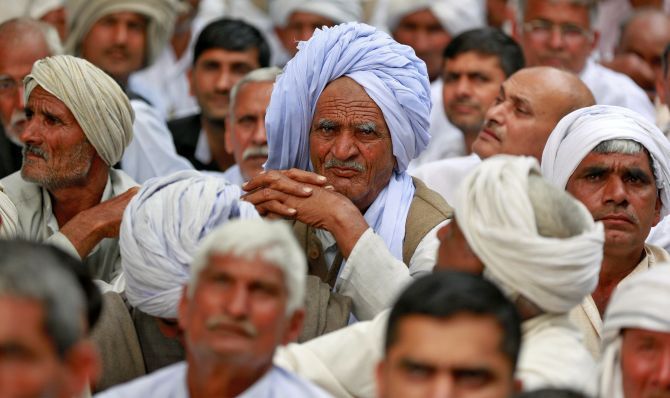 IMAGE: The Jat community is important in the Rajasthan polls as it comprises nearly 10 per cent of the state's 47.6 million electorate. Photograph: Cathal McNaughton/Reuters

The Congress has a Jat headache in Rajasthan. The community is itching to end its brief dalliance with the Bharatiya Janata Party, but is also upset with the Congress. The Jats believe they have never received their due from the Congress, the party they have traditionally supported.

Hanuman Beniwal, a 46-year-old Jat leader, is the face of this Jat political aspiration. An independent legislator, Beniwal launched his Rashtriya Loktantrik Party on October 29.

Beniwal’s party is contesting 58 of the 200 seats in the assembly polls, scheduled for December 7. Beniwal has an alliance with former BJP leader Ghyanshyam Tiwari’s Bharat Vahini Party.

The Congress has taken to call Beniwal, sacked from the BJP in 2013, and Tiwari, the "Trojan horses" of the BJP. Beniwal is a popular leader in Nagaur, but has little influence in rest of the Shekhawati region comprising Sikar, Jhunjhunu and Churu.

The Jats had deserted the Congress in 2013 assembly and 2014 Lok Sabha polls, but are now returning to its fold. Congress strategists, however, are more worried that any success Beniwal, a former student leader, gets in the forthcoming elections could spur a ‘third force’ in Rajasthan politics.

In his speeches, Beniwal appeals to fellow Jats, tribal Meena community, Muslims and Meghwals, a Scheduled Caste, to join hands to offer an alternative to the Congress and the BJP. “The idea has potential, and can become powerful in the hands of a more adept politician, someone like Chaudhary Charan Singh. But Beniwal is a lightweight,” said Pintu Sangwan, 40, a Nagaur-based political worker. 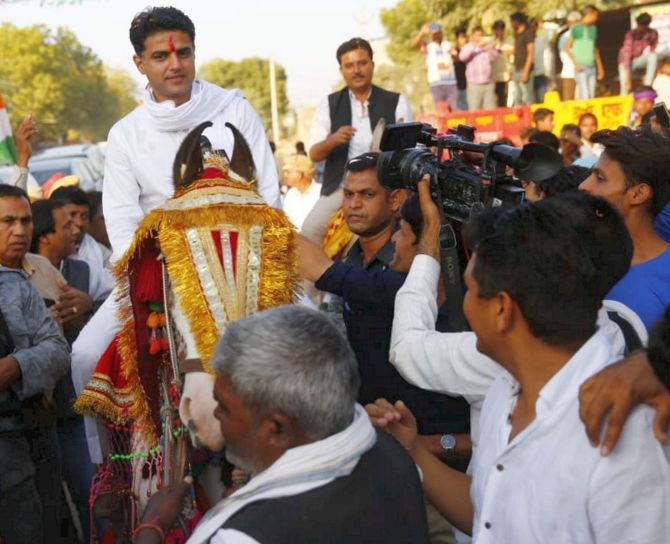 The Congress historically has had tall Jat leaders in Parasram Madherna, Ramniwas Mirdha and Sisram Ola. Jat youths, mostly in Nagaur, are unhappy the Congress never made a Jat the chief minister of Rajasthan.

Jats comprise nearly 10 per cent of the state’s 47.6 million electorate and are influential in Shekhawati and Marwar. They compete for political influence with Rajputs, who are 5-6 per cent, and Gujjars, also 5-6 per cent.

While Rajputs have supported the BJP, the Gujjars gravitated towards the Congress after the emergence of Rajesh Pilot, and now see in his 41-year-old son Sachin the future chief minister.

In 1998, Maderna was set to become the CM before Ashok Gehlot pipped him to the post. As CM in 2011, Gehlot sacked Maderna’s son Mahipal from his ministry after he was named in the Bhanwari Devi case. In this election, the Congress has fielded Mahipal’s young daughter Divya Maderna from the Osian constituency in Jodhpur.

The Mirdha clan is at war with itself. Ramniwas Mirdha’s son Harendra represents one side of the family, while Nathuram Mirdha’s nephew Richhpal Mirdha and granddaughter Jyoti Mirdha represent the other. The Congress leadership is keen that Jyoti, a former Lok Sabha member, steps up to a leadership role, but worried at her disinterest. Harendra has turned a rebel in Nagaur after Congress didn't field him.

Congress strategists are desperate for the emergence of a strong Jat leader within its ranks, but the Madherna and Mirdha clans have mostly disappointed. This is where Beniwal, with his fiery speeches and nearly half dozen recent farmer rallies, has become a source of concern.

Support of Jats is crucial for the Congress since the community also has a symbiotic political relationship with the Muslims. The Congress has fielded Muslim candidates from Churu and Nagaur constituencies, and Jats in adjacent ones.

“The support of Muslims will help the community win back the control of gram panchayats and cooperative banks from the Rajputs,” Harsh Chaudhary, a Congress leader in Churu, said.

Jats have become champions of Hindu-Muslim unity. “Jats and Muslims live in harmony here and we will not allow any riots,” Ashok Sihag, a big Jat farmer near Bikaner, said. 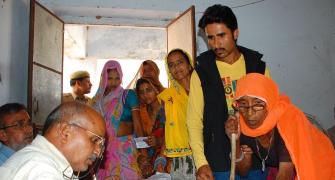 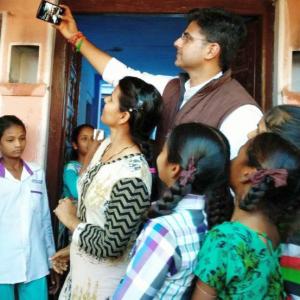 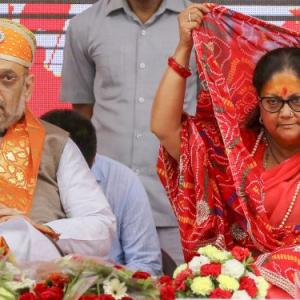