Why aren't the Muslims going home? 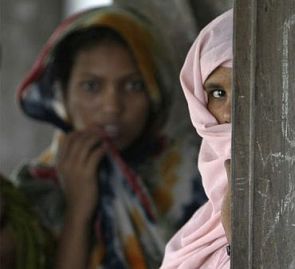 The families that were affected by the communal violence in Muzaffarnagar district have no hope of their homes being restored to them. Is the government really unable to reassure them of a safe return? Joel Rai reports

Jameel Teli is 25 years old, married and has three sons, Sahil (8), Arshad (5) and Anas (3). He lived in Kakda village in Muzaffarnagar district of Uttar Pradesh in a joint family, including his parents and his elder brother's family of five. The men all worked as hired workers on the sugarcane fields. They had a fairly spacious 100-square yard, four-room house in the village.

Today, they live in two tents at Shahpur around 20 km from Muzaffarnagar city, having left all their belongings back at home before fleeing Kakda in panic on September 8. Teli looks haggard, the worry clearly etched into his weather-beaten face.

"I can't get back my house even if I want to go back home," he says in a mix of colloquial Hindi and Urdu. "The Jats have taken over our house." With around 2,000 other Muslims, Teli has been living in Shahpur's Camp No 2 for two months now. There are two others camps there, and a total of 31 across the district, where around 40,000 Muslims have found shelter after having left their homes in the wake of communal violence in Muzaffarnagar and some adjoining districts on September 7-8.

Fear is palpable in the air at the camp, and none of the Muslims has dared to retrace his step back to his village. So how does Teli know that his house has been seized by his neighbours? "Some of us tried to go back to our village," he begins. "Despite the presence of Provincial Armed Constabulary (PAC) personnel posted there, we saw armed Jats on the roads. They threatened us, and I could espy some people in my house. We had to beat a hasty retreat," he says.

Short, greying and equally despondent, Mohammad Ilyas, 53, also worked in the sugarcane fields. Muzaffarnagar is the hub of the sugar industry in Uttar Pradesh. Most sugar mills are owned by Jat farmers, while the majority of the labour force comprises Muslims. The population of the district is divided almost equally between Muslims (47 per cent) and non-Muslims. Ilyas says that they have left behind 350 houses in Kakda village. "All pucca houses, made of brick," he says. "Some of them have been burnt down, most have been looted," he says. "Returning to our village is not an option, we will be risking our lives," he says.

Not one single person in the various relief camps says that he wants to go back to his home and hearth. But you have everything in your village, your house, your belongings, how can you not go back, you ask them. "How can you even think of asking such a question?" says Mohammad Imamuddin, who has accepted that he will never return to his village of Chindori. "Going back is like committing suicide." Imamuddin, tall, bearded and in his fifties, and head of a 10-member family, says that starting life all over again wouldn't be too much of a problem. "We are poor, we did not own land, only our houses, and we were only majdoors. Our parents taught us how to cut cane, we can do that in a new place as well."

The fatalistic acceptance of the Muslims of their uprooting is disturbing. The party in power counts the Muslims and backward classes as its special constituency and yet here it is unable to assure the people of safety in their own homes. Today, people who have lived for generations together are enemies. Mohammad Taiyyab, 27, who worked as a medical representative for pharma firm Windlas Biotech, says not one person from his Bharal village in Baghpat, friends he grew up with, neighbours, has called him after he escaped from the village. Despite many of them having mobile phones, "only the stockist called, that too about the drugs I deal with." The divide seems complete.

Even Chief Minister Akhilesh Yadav appears to have accepted that the communal violence has wrought permanent ethnic dislocation. He recently told a news channel, "We tried... but they [the Muslims] are not ready to go back as they saw people who they loved burn their homes and kill their family members. That's why we have given them a rehab package to restart their lives." But talk to those living in the camps, who depend on generous donors even for their daily food, and you realise there are no instant solutions in hand.

With no government assurance on their safety, the community has taken into its own hand the rehabilitation of the villagers. At Khampur village, 16 km from Muzaffarnagar city, a fortified colony is coming up. Called the Jamiat Colony, it consists of 126 two-room brick houses with small courtyards. The 29 bighas of land on which they are built were donated by the villagers of Khampur following the September 7-8 upheaval. Already 75 families have moved in. The houses are unplastered and have rudimentary infrastructure, but they are happy to have a new permanence in their lives.

Thirty-four villages have been affected by the conflagration. The government has said villagers from only nine will be compensated. The rest will have to fend for themselves. "At least the government should give us compensation. Then we can think of a new life," says Mohammad Naushad.

The reason why a friendly government cannot ensure the Muslims are safely returned to their villages has perhaps to do with politics rather than social dynamics. Right from the time the trouble started on August 27 when a scuffle between three youths over eve-teasing at Kawal village led to the killing of the trio, one a Muslim and two Jats, all subsequent events have been attended by political opportunism. When the Jats called a mahapanchyat at Nagla Mandaur, close to Kawal village, on September 7, the most forceful words were reserved for the Muslims as well as the Samajwadi Party government. Then a video was circulated purportedly showing the lynching of the Jat boys at Kawal, which the police determined was fake and originated in Pakistan. Among those arrested for circulating the video was a BJP MLA, who posted it on his Facebook account. In the meanwhile, the Bharatiya Kisan Union led by Rakesh Tikait and Ajit Singh's western Uttar Pradesh-based Bharatiya Lok Dal have upped the ante by pressuring the government into taking action against the Muslims. Privately, political watchers say that ever since the Samajwadi Party came to power in the state, there has been a growing anxiety among other communities who fear that they will be left out of the development pie.

Tauqeer Raza Khan, an influential Muslim leader of western Uttar Pradesh who has been granted minister of state status by the state government, has been touring the districts after September preaching communal harmony. "The violence is related to the general elections of 2014," he says. He also cautions that political forces are causing a polarisation of votes, and therefore, Uttar Pradesh is likely to see more such clashes. He, however, doesn't agree that the Samajwadi Party itself may gain out of the situation. "This is a conspiracy for political advantage. Some parties want to polarise society and get the Hindu jamaat on their side," he explains.

Former legislator of the Uttar Pradesh Assembly, Saeed-uz-Zaman, a rich sugarcane farmer in Khampur, is more balanced in his views. "Yes," he says, "there is politics involved. And you can understand what a disaster this is when you realise that these Muslim families did not even leave their villages in 1947 after the Partition." He then nuances the situation. "This is not a Hindu-Muslim confrontation. It is only a Muslim-Jat quarrel. You see, political elements incited the Jats and said their ijjat was at risk. Even now, the Jats are regretting the events of the past and their leaders are urging the people not to continue the fight."

But will things return to status quo soon? "After the 2104 elections, life will return to normality," declares Khan. A senior police officer reiterates this. "The day the election results are announced, we will be able to bring everything under control."

Utterances like these mean that the events of September were less about social schisms, more about vote-bank politics. The current situation where it is impossible for the Muslims to return home can actually provide political dividends to almost every political party. It is in the interest of both the Congress, desperately trying to make a comeback in Uttar Pradesh, as well as the Samajwadi Party to keep the pot boiling. The image of the suffering Muslims handily sends a message to their vote bank that their futures are not assured under other parties. For the others, including the Bharatiya Janata Party and the Rashtriya Lok Dal, the upheaval hardens sectarian attitudes, to their benefit. Perhaps conditions could have been created for the return of the affected Muslims to their homes, but when it serves the politicians not to send the Muslims home, what do the woes of 40,000 people matter? 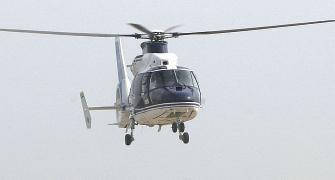 Why netas are in a mad rush for helicopters 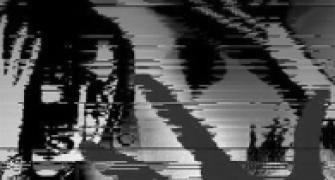 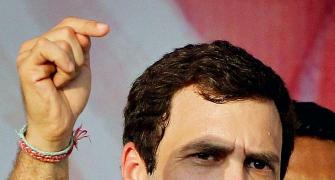 Rahul Gandhi and the politics of Sonia's tears 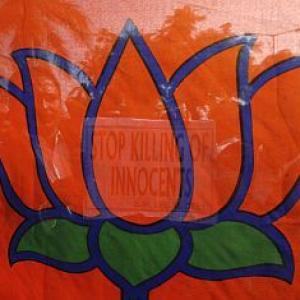