Special: Why ammonium nitrate is favourite tool of terror

Behind many of the bombings and road mine blasts that India's people and security forces have suffered since the early 1990s lies one name. This dreaded name was heard again after the recent serial bombings in Pune.

This is no secret master criminal, however. It is ammonium nitrate, a chemical used in explosives worldwide, and also in some chemical fertilisers. It is a key ingredient in the terrorist bombs that explode in urban marketplaces and in the improvised explosive devices that take a toll on the paramilitaries in disturbed areas, including the Naxal-affected core of the country.

Explosives are necessary. They bring raw materials and fuel out of the ground, such as metal ores and coal, and help the construction industry, for example, in site clearing and road building. "Most commercial forms of explosives used for civil purposes would have ammonium nitrate as a basic raw material. Though not an explosive by itself, it is likely that some traces of ammonium nitrate will be found in forensic testing after a blast even if a commercial explosives is used," says a spokesperson of the Indian Ammonium Nitrate Manufacturers' Association.

Ammonium nitrate is also used in some herbicides and insecticides, as an industrial absorbent, a catalyst (to help get chemical reactions going), an ingredient in freezing mixtures (such as the mix in instant cold packs), an oxidiser for rocket fuel, and a nutrient in the manufacture of antibiotics and yeast.

How does it work in bombs? The first thing to know is that ammonium nitrate is easy to use as an explosive -- which is why it makes its way into so many low-technology bombs and IEDs. Though ammonium nitrate itself is not explosive, mix it with a little fuel oil (FO, hence the short form ANFO for this kind of explosive) in a certain proportion, and you have a mixture that will explode with a detonator.

It is easy to make the combination more lethal, quite cheaply, by adding small metal objects like nails and ball bearings to make devastating shrapnel. So it has been used by terrorists ever since the 1970s in the West, including by the Irish Republican Army. In 1993, ANFO was used in the first World Trade Center bombing in New York, and in 1995 in the Oklahoma City bomb. A version of ANFO was used one year ago in the Oslo car bomb. Closer to home it has been used by the Taliban and other militants in Afghanistan and Pakistan. In India, Ammonium nitrate has been used to kill Indians since at least the early 2000s, by various anti-state groups.

Because ammonium nitrate is so economically useful, it cannot be banned. But it is a controlled substance of which the security agencies are very aware. How is it, then, that groups who want to do violence can access dangerous quantities of ammonium nitrate without being traced, year after year?

Two reasons. The first is the widespread use of ammonium nitrate. Conveniently for groups like the Naxalites, the areas where they operate are the areas where large-scale mining goes on -- the forested districts of central India. But mining happens wherever there are hills, and illegal small-scale mining is very common; so around the Aravallis, along the Western Ghats, and in the hilly northeast as well, there is a large grey market for explosives. In some areas one can visit an illegal dealer and buy any quantity from one bag (50 kg) to a hundred.

Second, the supply chain is surprisingly porous. About 3,50,000 tonnes of ammonium nitrate is imported every year, most of it through the port of Visakhapatnam in Andhra Pradesh. (Note that Visakhapatnam is also a major naval base.)

As newspaper reports showed this week, some 0.5-1 per cent of this quantity, or up to 3,500 tonnes, is lost every year as "spillage". The bombs used in last year's blasts at Zaveri Bazaar in Mumbai contained no more than 6 kg of this chemical.

A one per cent spillage is legal because some loss is considered normal when a product is imported in bulk -- that is, loose, not packed. The official ammonium nitrate rules, notified just last month by the Department of Industrial Policy and Promotion, say, "Ammonium nitrate shall preferably be imported in the bagged form". That "preferably" gives importers the cover to bring in unbagged ammonium nitrate, which is cheaper.

The loose ammonium nitrate is trucked from the port to a bagging unit. Already some of it has gone astray, due to wastage or theft. More ammonium nitrate vanishes on the way to the storage godowns and the final customer -- because the route from Visakhapatnam to western and northern India passes through disturbed areas, including parts of Chhattisgarh.

Chhattisgarh, with its many mines, buys a lot of ammonium nitrate. Many trucks cross the Naxal-hit areas of Bastar and Dantewada. Police claim that most pass safely through and that hijackings are rare. But in May 2010, a truck carrying 16 tonnes of ammonium nitrate from Visakhapatnam to Raipur, the state capital, was hijacked by Naxalites in Bastar.

In some cases, police in Chhattisgarh and Madhya Pradesh have recovered empty gunny bags. Earlier this year, a truck carrying 20 tonnes of ammonium nitrate went missing in Madhya Pradesh.

"We have upped the security checkpoints in various parts of the state to curb the theft of ammonium nitrate," says a senior police official in Chhattisgarh. But, "we can't control it if the driver decides to steal and sell some of it." He says ammonium nitrate is often used by the Naxalites in attacks, such as the one in Dantewada in 2010 in which 73 Central Reserve Police Force jawans were killed. The central government is said to be working on an explosives tracking system, and there are calls to tighten the ammonium nitrate rules.

Orissa, another mineral-rich state with more than its share of Naxalites, is also vulnerable to ammonium nitrate theft and attacks. According to Arun Sarangi, IG (intelligence) with additional charge of anti-Naxal operations, "No incident of Naxal attack on explosives has occurred since April 2009 when the Red rebels had raided the National Aluminium Company's Panchpat-malli mines at Damanjodi in Koraput district. Six jawans were killed in the clash with the Naxals who had come to plunder the company's explosive magazine." But the Central Industrial Securities Force security personnel fought back the attackers.

Another senior officer says that "isolated cases of Naxals laying their hands on explosives such as ammonium nitrate by threatening the mine owners or contractors in remote areas cannot be ruled out. But no mine owner or contractor has come forward to complain about it, nor is there any record of these materials being waylaid by the rebels in transit".

"Our ammonium nitrate requirement is of the order of 600 tonnes per annum," says a Nalco executive. "We source this explosive from the Deepak Fertilisers plant at Srikakulam [in AP]. The material comes loaded in truck guarded by the two security personnel of the fertiliser maker." He says Nalco has never faced any transit leakage of AN.

According to IANMA, the current market for AN in India is 6,50,000-700,000 tonnes a year. A large share of this is met by the imports. Just five companies manufacture the chemical in India, of which three are public sector units. The two private players are Deepak Fertilisers and Petrochemicals Corporation Ltd and its subsidiary Smartchem Technologies. DFPCL alone has a capacity of 469,000 tonnes per year (though it sells close to 200,000 tonnes a year), at two plants in Taloja, Maharashtra, and Srikakulam.

"The DFPCL plants are treated as high security areas," says Vivek Y Kelkar, a senior vice-president of the company, via email. "Ammonium nitrate is packed in waterproof and spill-proof bags using advanced bagging machinery in a strictly controlled environment," he says, adding, "The entry to the plant is restricted and on a need-only basis, with strict vigilance and 24x7 security and supervision. Also, precise control and synchronisation of all aspects between raw material, finished goods, stock and dispatch are maintained. Vehicles at the entry and exit points are searched thoroughly to ensure no leakage even in minuscule quantities."

Kelkar adds, "All our sales are ex-factory or ex-depot and are subject to several sets of rules, laws and regulations and built-in controls and details about our customers. AN is sold either on the basis of contracts to mining companies or to registered end-users or through a distributor chain that comprises a carefully selected set of agencies/dealers. We vet dealers to every possible extent periodically and maintain records like their tax identification numbers, addresses, bank details, nature of the company and business, general usage details and customer's base." Indian manufacturers of ammonium nitrate, says Kelkar, are busy checking that they conform to the new AN Rules of 2012.

A senior executive at Rashtriya Chemicals and Fertilisers adds that though the manufacturers are doing what they can, "we need the police to be more strict in their security checks."

The manufacturers may be careful, but once the ammonium nitrate is out of their hands, they have no say in where it ends up. Mine owners and contractors, for example, have a licence to stock ammonium nitrate in bulk. Reports suggest that this stock can be vulnerable to diversion. So long as mining remains a poorly regulated sector, ammonium nitrate will remain in more or less free circulation for those who wish to use it against people.

Dillip Kumar Satapathy in Bhubaneswar contributed to this article. 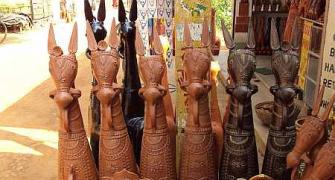 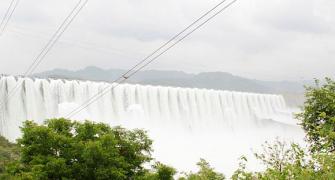 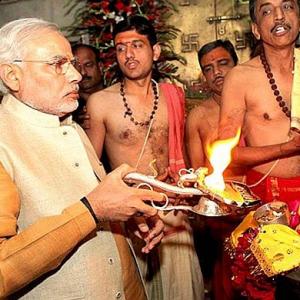