'When will Pakistan shut down Frankenstein's monster?'

The pathetic failure of United States' policy in Pakistan is evident by the fact that more than 10 years after the 9/11 terror strike, terrorist groups based in Pakistan continue to operate with impunity, according to Lisa Curtis, a former Central Intelligence Agency official and currently the head of the South Asia Programme at the Heritage Foundation.

She argued, "The 9/11 attacks should have crystallised our policy in different ways," and said, "Since the Pakistan military had played a significant role in creating these groups, the US should have insisted from day one that they had the responsibilities up and down."

Curtis lamented, "What has happened is that US policymakers fell into the trap of thinking that they had to turn a blind eye to these Pakistani groups in order to maintain Pakistan's cooperation against Al Qaeda."

She acknowledged, "Pakistan has been helpful in arresting key Al Qaeda leaders and the US wouldn't have gotten the kind of handle that it has gotten on Al Qaeda without Pakistani support."

"But the problem is, these groups that Pakistan still supports -- because it believes they are useful in countering Indian influence in the region -- are what allowed bin Laden to be able to live in the country for so long," she said.

Curtis said, "These arguments that are often made that Pakistan doesn't have the capability to takes on these groups, we simply can't accept anymore. And, at this point, we really have no choice. It's about the survival of Pakistan as a civilized state, because if the Harkat-ul-Mujaheddin was in fact in touch with bin Laden, and Pakistan was not aware of that, then it begs the question of who is really controlling who. Is the tail wagging the dog?

She reiterated, "It us no longer acceptable to settle for this excuse of not being able to take on these groups and trying to avoid a comprehensive, full-throttle approach against these terrorist groups."

"Instead," she said, "the US must demand that Pakistan be accountable for all of the terrorist groups that are on its soil."

She acknowledged that of the documents released thus far by the Combating Terrorism Centre -- a fraction of the documents recovered by the US Navy SEALS that assassinated bin Laden in Abbottabad -- had "a lot of precise information about the links of Lashkar-e-Tayiba of Harkat-ul-Mujaheddin or Jaish Muhammad to bin Laden or Al Qaeda."

"But for those of us, who are experts on these groups and know something about their history and already know about the links to Al Qaeda, it drove home to us just how important it is for Pakistan to get control of these groups, not only to protect the US homeland from future terrorist attacks but also for the future of Pakistan as well," she said.

Curtis is perhaps the leading expert on HuM from the time it was known as Harkat-ul-Ansar. She has earlier served as an official in the US embassy in Islamabad and went into Pakistan occupied Kashmir to negotiate the release of western hostages held by the HuA whom they had snatched from Kashmir.

She said that all these terror groups "are part of a dangerous movement that is threatening to the US, to its allies, to Pakistan, and they have links to the Al Qaeda -- whether it be personal relationships between the leader, whether they have trained at the same camps in Afghanistan or Pakistan, or whether they have helped each other with logistics and recruiting."

"These links are certainly there," she said, and argued that it was incomprehensible that LeT leader Hafeez Saeed was "flirting with getting involved in Pakistani politics when this is the leader and founder of the groups that conducted the 2008 Mumbai terrorist attacks."

Curtis said, "This is very troublesome and he is doing this even while the US has put out a $10 million reward for information leading to his arrest and conviction."

Curtis said the LeT's international reach "in terms of fund-raising and recruitment, right here in the US," had been clearly manifested by the arrest and conviction of David Coleman Headley, a Pakistani American. She also recalled that in 2003, "members of the so-called Virginia Jihad were convicted for training at a LeT camp in Pakistan with the intention of fighting coalition forces in Afghanistan."

"So, the question is, in light of all this information, when will Pakistani finally shut down this Frankenstein's monster that has been created," she said.

Curtis recalled the testimony of the former director of National Intelligence, Retired Admiral Dennis Blair, who told a Congressional Committee over two years ago that Pakistan's conviction is that the terrorist groups on its soil "help vaunt India's military and economic advantages over Pakistan," and thus limited Islamabad's "incentives to pursue a comprehensive approach to countering terrorism."

It was high time that the US toughened its policy toward Pakistan after more than a decade of failure, knocked down such strategic depth policies of Pakistan vis-a-vis India and made clear that nothing short of Pakistan eliminating all of these terror groups from its soil is acceptable, said Curtis. 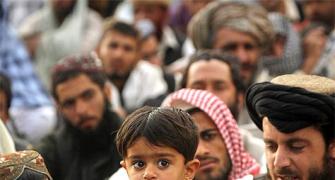 Pakistan has to STOP playing games with terror groups 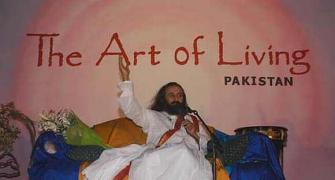 Pakistan is as tired of terrorism as we are: Sri Sri 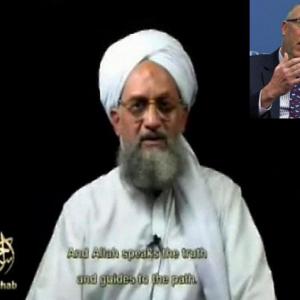 THREE of the TOP 5 most wanted terrorists are in Pak 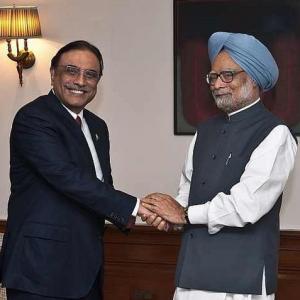