Aaron Schock, who resigned as US Congressman on Tuesday night following media disclosures of his loose spending habits, met Narendra Modi thrice. These encounters were not free of controversy either. 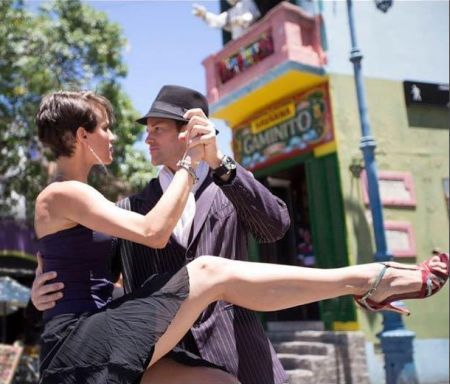 Nothing, nothing that Aaron Schock has done, it seems, can escape controversy.

The 33-year-old US Congressman from Illinois, who has come to personify slopping spending habits that violate legislative ethics and rules, is no stranger to controversy. Whether it is overcharging the government for his car mileage, having his office redone a la the sets of Downtown Abbey or billing taxpayers for a private plane ride to Chicago to watch a football game.

His two visits to India, both to meet Narendra Modi -- first in 2013 when the latter was Gujarat chief minister and last August when he was prime minister -- as well as his visit to New York City last year for Modi's Madison Square Garden reception, have not been free of charges of financial impropriety either.

In March 2013, Schock and two US Congresswomen -- Cynthia Lummis and Cathy M Rodgers -- travelled to Gandhinagar to meet Chief Minister Modi (image, below) who, at that time, was persona non grata in the US.

Organised by the Chicago-based National Indian American Public Policy Institute, that trip included visits to Bengaluru, Tirupati, Jaipur, the Ranthambore Tiger Reserve and the Golden Temple in Amritsar and a 'Bollywood Extravaganza' as well, and is estimated to have cost anywhere between $3,000 (about Rs 160,000) and $16,000 (about Rs 868,000) each for the trip.

The invitation put out by NIAPPI gave the following costs: 7 star trip-(business class travel, private air charter) $16,000 per person and $29,000 per couple; 4 star trip (commercial travel in India with visits to the palace excluded) $10,000 per person; and Economy option -- with all travel and hotel expenses at the individual's cost -- $3,000 per person.

During his visit to Gandhinagar, Schock came out in support of a US visa for Modi, and praised his administration. 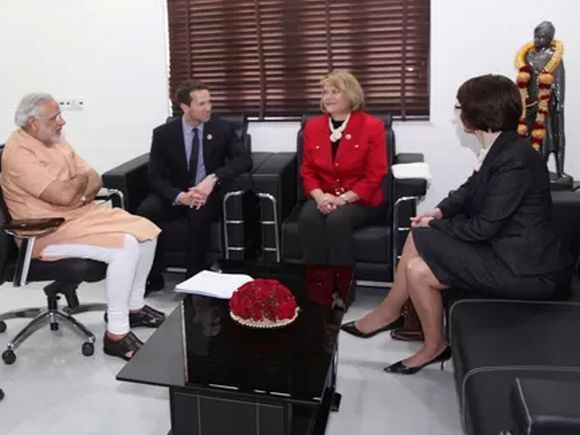 The Congress party was quick to criticise the visit, and raised questions about its funding, implying that it was paid for by the Overseas Friends of the Bharatiya Janata Party, a charge that was denied vociferously by him.

Schock had then said: 'All I would say is that our trip here was signed off by the appropriate authorities in our government... and specifically by the House of Representatives. I would simply say that three members of Congress don't just leave the country. So I am not going to get into all the nuances. Certainly some people do not like the fact that we are here...perhaps some people do not agree with what we are saying here...but certainly as American members of Congress we have a free right to come over here.'

'I have checked appropriate boxes necessary to make this trip legitimate and well within all the rules and accordances of US Congress,' he added.

Schock was back in India in August 2014 on an official trip, this time to meet Prime Minister Modi, and the tab was picked up by the Global Poverty Project. Nothing wrong with that, of course.

Schock also brought along a photographer, Jonathan Link, on the trip, whose bill was also footed by the Project, but US House rules only allow a Congressman's staffer's trip to be paid by private money. Worse, Schock did not disclose this companion to the House committee.

The National Journal reports: 'Schock never disclosed that Link accompanied him on the trip, according to a review of public records. Members are allowed to accept money from private sources for some travel as long as they disclose it, and they also are required by law to disclose in writing when someone accompanies them on a trip paid for by an outside organization.'

'Members have to seek a waiver from the Ethics Committee to bring someone other than a staffer or family member. Otherwise, they must pay for the companion's trip out of pocket,' the Journal added.

Instead, a disclosure form filed by Schock after his return gives no indication that he was accompanied by Link. The Global Poverty Project paid $5,000 for travel, $525 for lodging, $300 for meals, $289 for travel insurance and $100 for ground transportation for Schock's travel. The trip took place August 24 to 29, with a round trip flight from Chicago to New Delhi and a visit to Mumbai, as well.

The Global Poverty Project separately paid some $4,000 to fly Link from Dallas to New Delhi, and lodge and feed him, according to the group's spokesman.

US House ethics rules deter Congressmen from accepting gifts or services worth more than $50. 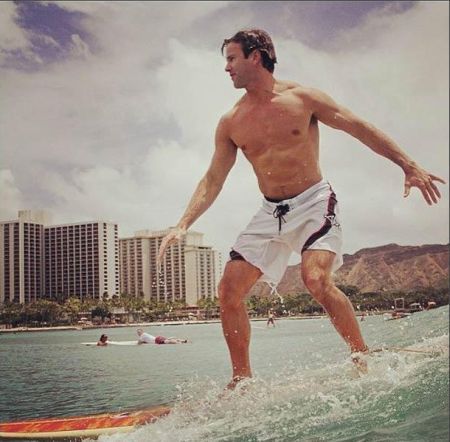 Schock, who has a vibrant Instagram account where he posts photographs from his travels -- including of him doing the tango in Buenos Aires, skiing and pumping iron in a gym -- posted Link's photographs of the India visit online, too.

In September last year, as Modi made a high-profile visit to New York City where he addressed a sellout community reception in Madison Square Garden, Schock just had to be there.

And so he was, along with 10 staffers who, he asserted, were attending an 'official' event -- and hence paid for out of taxpayer money.

Apart from the MSG reception, Schock was also present at the Global Citizen Festival in New York's Central Park. Both Modi and Schock were among those who spoke at the festival, which also saw performances by Carrie Underwood, Jay-Z, The Roots.

'I would simply say that was an official trip, an event where 12 world leaders spoke on stage. I was a part of introducing the leader of the largest democracy, the prime minister of India,' Schock had then said.

'I'm glad that my staff was able to go and be part of the historic event.' However, questions remained as to what government business his staff handled while in New York, and why he needed so many of them.

Schock also used a political fund to buy about 20 VIP tickets to the concert and paid restaurant bills in New York for his staffers, stating in the Federal Election Commission reports that the costs were related to his political fundraising, it was disclosed.

American media has been reporting how Schock failed to disclose several overseas visits, hired a private aircraft to fly him to a football game, misreported the cost of a flight as expenditure on software, and even had his office redecorated like the sets of the popular British serial Downtown Abbey and paid for out of his official office budget, paying the government $40,000 after a furore erupted over this spending.

Another misdemeanour was billing the federal government for travelling 170,000 miles on his personal car between January 2010 and July 2014. When the vehicle was finally sold, the odometer showed only 80,000 miles.

Schock, considered the most promising Republican Congressman, will step down March 31, after having served four terms since 2009. While the ethical infractions he has been caught in and for which he was being probed by Congressional ethics investigators will die a natural death once he steps down, he could still end up facing federal law enforcement probes.

At one time he famously declared: 'I am not a crusty white old guy.' Too bad his fate after April 1 could be decided by some of them. 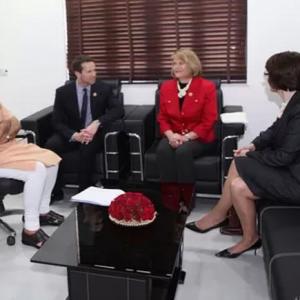 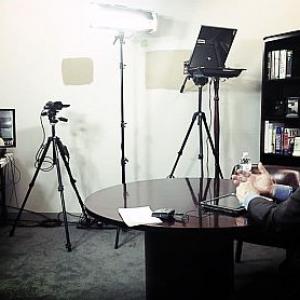 Modi gives policy gyan to US lawmakers via Skype