When Nikki Haley was asked to serve coffee 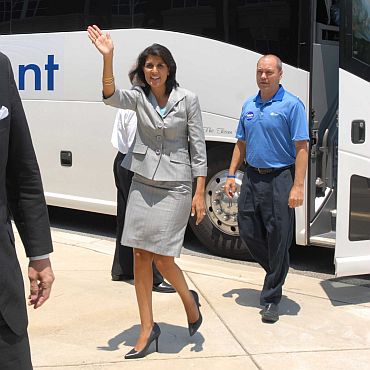 As election day approached and the fight reached its final stages, Representative Nikki Haley, the Republican candidate for governor of South Carolina, marches ahead with sizeable leads in opinion polls.

No poll has yet showed her Democratic rival, state Senator Vincent Sheheen, in the lead.

The latest poll by Rasmussen Reports found Haley nine points ahead though the total support for her fell below 50 percent. Haley registered 47 percent support among those polled, while Sheheen had 38 percent.

A Rasmussen poll a month ago found Haley had a 17 percentage point lead, 50 to 33.

Both candidates had their first debate last week and two more were scheduled for a week before the election. Both parties claimed their candidates did better than the opponent in the debate.

Katon Dawson, former chairman of the state Republican Party, said Haley stayed focused on her platform, proved she was the more polished of the two major party candidates, and kept her cool. "Haley was quick on her feet and clever. She even showed a bit of humour. Style-wise, I thought Nikki Haley stood up for herself well," Dawson told the local media.

According to Neal Thigpen, a Republican political analyst and former political science professor at Francis Marion University, Sheheen's only chances remained in the debates.

"He's trying to be aggressive, but I don't think it's in Sheheen's DNA to really be an attack dog," Thigpen said.

Haley had about $700,000 in her war chest while Sheheen had $535,000 cash on hand. About 30 percent of the money Haley raised during the last quarter came from out-of-state donors. It was only 6 percent for Sheheen, but he raised more from trial attorneys.

"Our support comes from conservative businesses in and out of South Carolina. That's far more acceptable to voters than a governor bought and paid for by trial lawyers," said Haley's spokesman Rob Godfrey.

At a meeting with the Converse College students and faculty on October 20 in Spartanburg, South Carolina, Haley cited her mother and former British prime minister Margaret Thatcher as role models.

She described how she handled a colleague's condescending attitude at her first job at FCR Inc, a recycling company in Charlotte, North Carolina.

Haley was an accounting supervisor, the only woman in the company. At the board meeting, the company's chief executive was late, and a colleague suggested she go get him a cup of coffee.

She said she called her secretary to get the coffee, and the man who had asked her to do the menial task turned white, according to the Spartanburg Herald Journal.

During her first House campaign, the incumbent Representative Larry Koon, who she defeated, called her a 'little lady.' Another rival called her 'cute.'

She was offered some post if she left the election scene. Haley said she was always respectful to Koon, who held the seat for 30 years. When she fought for roll-call voting, which meant that each assembly member had to vote on record rather than secretly, she was opposed tooth and nail by the elders. Yet she was not ready to give up.

"We really need to get out of the gender issue," she said. "We need to get out of the race issue. We need to get out of the age issue. What I want you to remember is, when you come across a challenge, don't say I can't do it. Say, how do we get it done? That's the key to going forward. The one thing I can tell you is, always do what's uncomfortable to do. Always push yourself past that fear. Because, as women, we tend to second guess ourselves 10 times over. We really do. But at the same time, we have to be able to step back and say just push through it. We're great at everything we do. We balance. We balance family. We balance business. We balance every aspect of our lives, whether it's taking care of our parents or taking care of work, and we always end up on the couch at the end of the day with a bowl of cereal. And we're OK," she added. 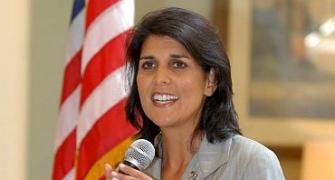 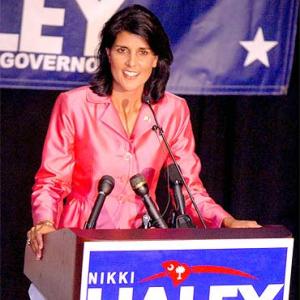 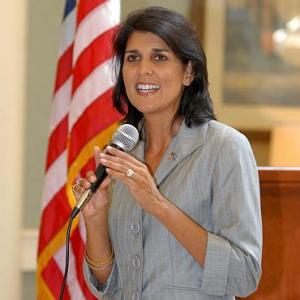