No scandal in Rafale deal: French ambassador to India

Ambassador of France to India Alexandre Ziegler on Wednesday said there was no ‘scandal’ associated with the Rafale deal. 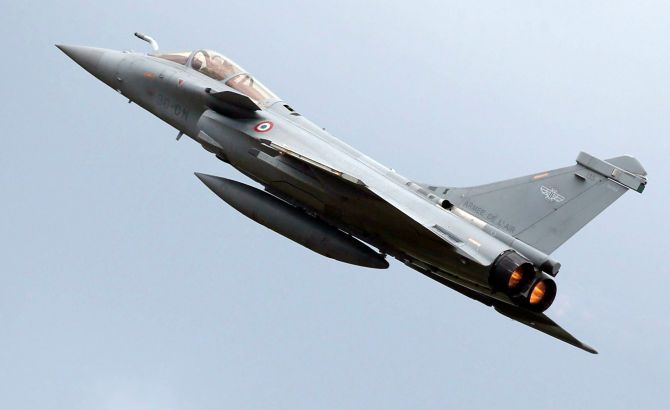 Pointing out at the ‘cooperation’ and ‘trust’ shared between both India and France, he asked people to look at the facts.

“What scandal? Just look at the facts, not at the tweets, that’s my only recommendation.

There is no scandal at all,” Ziegler said in response to a question on whether the alleged Rafale scandal has made any dent in the partnership that France has with India.

Speaking to reporters on the sidelines of the launch of French Tech Community, he said, “Look at the track record, look at the trust that has been built between our two countries in aeronautics.

Look at their commitment for Make in India, which is impressive. Fifty per cent offset is very unique, look at the major procurement...”

To a question about political comments regarding Hindustan Aeronautics Limited losing potential jobs because of the Rafale deal, Ziegler questioned whether HAL has made any comments about losing jobs.

“Did they tell you that they have lost jobs? I don’t know what potential jobs are, he said, as he pointed out that there is a 50 per cent offset clause in the Rafale contract, which is about €four billion or about Rs 30,000 crore that is going to be invested in Make in India.

“That’s huge (amount) and there will be room for hundreds of companies, including HAL, which has had a very fruitful historical cooperation with French companies,” he
added.

The Ambassador also noted that all major French companies would be participating in Aero India, scheduled for February 20-24 in Bengaluru.

Stating that almost all major French players have been investing in India for years now, he said, “We have had long cooperation with India. Companies like Airbus, Thales, Dassault have been sourcing in this country.

Transfer of technology has been happening for decades.”

It’s very, very historical cooperation between India and France, he said, adding that we have not waited Make in India to be launched.

“Our companies have been making in India for decades now. Transfer of technology has been happening.” he said.

The Congress has accused the government of forcing Dassault Aviation to make Reliance Defence its offset partner for the Rs 58,000 crore deal to purchase 36 Rafale jets.

The party has alleged that the government was helping the Anil Ambani group get a contract worth Rs 30,000 crore from the deal.

However, the Reliance Group has said that Dassault Aviation’s investment in Reliance Airport Developers Limited has no link with the Rafale fighter jet deal, and has accused Congress of resorting to “blatant lies” for political gains.