US prosecutors are asking a New Jersey judge to sentence to prison an India-born former Rutgers student, convicted of hate crime for spying on his gay roommate who later committed suicide, saying he "shows no remorse" for his criminal acts.

First Assistant Prosecutor Julia McClure submitted a 14-page memorandum on Thursday to Judge Glenn Berman in Middlesex County courthouse, New Brunswick, saying Dharun Ravi, should be given a "period of imprisonment which is in proportion to the multiple crimes he committed" and for which he was found guilty beyond a reasonable doubt by the jury in March.

Twenty-year-old Ravi was found guilty on all 15 charges against him after his nearly three week trial.

He had used a web cam to spy on his roommate Tyler Clementi's sexual encounter with another man and had then invited his other friends to view it online.

Clementi had days later committed suicide by jumping off the George Washington bridge in New York.

"Ravi has failed to accept any degree of responsibility for the numerous criminal acts he committed and shows no remorse for the same, despite significant evidence pointing directly at him... Court must consider the appropriate punishment for him," McClure said.

McClure added that the state is not asking the court to sentence Ravi to the maximum sentence of 10 years or to consecutive sentences but he must be punished for the three "separate and distinct" criminal wrongs represented by the guilty verdicts in the case -- invasion of privacy, bias intimidation and hindering.

Ravi had declined a plea deal that would have required him to undertake 600 hours of community service and avoid deportation if he had pleaded guilty.

Last week Ravi's lawyers had submitted a 33-page memorandum that had contained character letters from over a dozen of Ravi's friends and family members who said he was not a "hate-mongering evil" who hated gays but a caring and friendly young man.

McClure said the opinions submitted by Ravi's lawyers "must be disregarded." Ravi is scheduled to be sentenced on May 21 and also faces possible deportation.

McClure said since Ravi carried out "planned, malicious and continued criminal conduct" over a period of several days, there were no extraordinary circumstances to justify giving him anything less than the standard prison sentence associated with his convictions.

Ravi's imprisonment would serve as a deterrent to other potential offenders, she said.

McClure said she was not specifying any jail term, but "merely what the New Jersey sentencing statutes and relevant case law mandate and the facts in this matter demand." 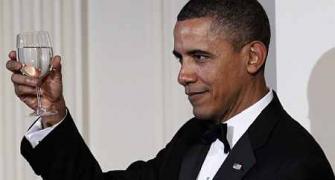 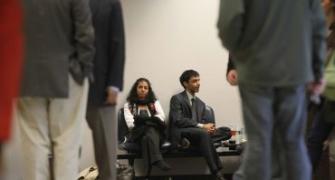 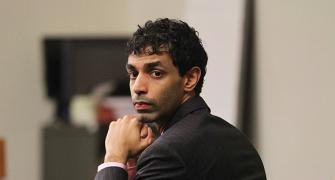