News
Business
Movies
Sports
Cricket
Get Ahead
Money Tips
Shopping
Sign in  |  Create a Rediffmail account
Rediff.com  » News » We will miss you, Varsha!

We will miss you, Varsha!

Last updated on: October 08, 2012 15:15 IST
Varsha Bhosle, who tragically ended her life on Monday morning, may be known to the world as singer Asha Bhosle's only daughter, but she had her own identity, of a hugely popular columnist for Rediff.com.

She was among the first columnists to start writing for Rediff.com, when she debuted on the fledgling portal with the column Going to Town, where she took exception, in her typical sharp style, to comparisons between New York City and Mumbai.

Varsha was unabashedly right of centre, but at the same time not for her the prescriptions of the Hindu Right. In this article, Good God! Thou ate beef?, she tore into the Vishwa Hindu Parishad's argument for banning beef.

Yes, she did not suffer fools gladly, not sparing even Rediff editors the iron fist (see Ponytail in a twist).

In many of her columns she took on the Islamists, but often did stop long enough to rebuke their Hindu counterparts as well, as she did in Ayodhya, a symbol of exploitation where she warned, prophetically, that the revival of the Ayodhya issue was a huge mistake and would finish the BJP.

Varsha was a Maharashtrian and a Mumbaikar, but her tribute to Sachin Tendulkar, Bat Man, resonates for other reasons, a true salute to a maestro.

Her final column on Rediff.com, Ab ki Baari Atal Bihari, appeared more than nine years ago. But she remains in our hearts as well as in the hearts of her readers, who are legion.

We will always miss you, Varsha! 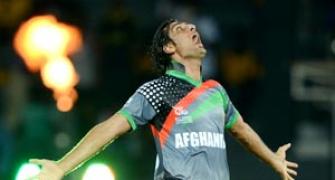 India struggle to victory against Afghanistan 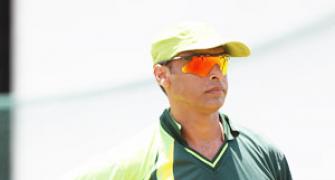