'We sometimes focus too intently on demonising food' 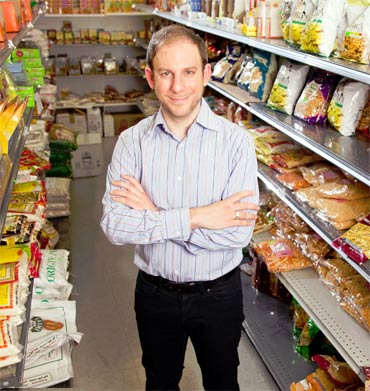 Health problems like diabetes and heart diseases in India are caused not just by a sedentary lifestyle and over-eating, warns Professor Harris Solomon, but also by polluted and high priced nutritious food such as red rice.

How did you get interested in studying obesity in India?

I was studying the phenomenon of medical tourism to India, whereby foreigners go to India for high quality medical care at lower costs than in their home countries. I encountered several Americans who went to India for obesity-related surgeries, and began to wonder to what extent obesity might be an issue in India too.

This was at the time that national attention (in America) began to focus on the high prevalence of diabetes among South Asians, and soon after obesity also become part of that concern.

How did you prepare for this project?

I prepared for the project on two fronts, here in the US and in India. I first went to India about ten years ago, for a visit on a global health project. Soon after, I went to study for my PhD in anthropology in the US. As part of my training, I learned Hindi, and spent several summers in India exploring possibilities for my longer-term project. I most recently spent almost a year-and-a-half in Mumbai.

Where did you stay in Mumbai and how did you go around doing your research?

I lived in Bandra (a northwest Mumbai suburb), which has an amazing culinary heritage. I did my research in three areas. First, I was interested in everyday ideas about cooking and nutrition, so I observed daily household activities in my neighbourhood.

Second, I wanted to learn more about the clinical care for obesity and related conditions of diabetes and hypertension, so I conducted observations in a metabolic disorders clinic and interviewed experts ranging from dieticians to surgeons.

Finally, I wanted to learn how weight loss was commercialised, so I spent time interviewing people involved in slimming clinics and in food companies who were interested in taking on obesity as a focus issue in their work.

Please tell us about some of your important findings.

I learned that while in clinical settings a person's weight gain was often linked to underlying issues such as diabetes or thyroid disorder, the prevailing media messages around obesity were focused on the question of 'lifestyle' such as not exercising enough and not eating well.

Surely, poor nutrition and lack of exercise contribute to weight gain and chronic illness, but I want to expand the public conversation about these issues.

We need to talk about malnutrition, environmental pollution, food insecurity, and chronic stress just as much as we may want to talk about someone eating too many laddoos. I think the focus on finding a magic bullet isn't terribly productive.

Bio-medicine is not the only way to talk about health and illness. Public health debates offer a lens into Indian society. There is a need for a conversation across India about other factors that create diabetes and other health problems.

There are some understandable concerns around the exploding diabetes and heart conditions in India. Some believe globalisation has a big role to play and that people are eating too much meat. But you find high incidence of diabetes among vegetarians, among villagers who are not obese, and even among children across India.

I have come to believe that food is not the only story in the story of obesity and diabetes.

I have come across many families who might have liked to use the more nutritious red rice instead of white, but they cannot afford it. Often people avoid buying certain types of food because they fear it is adulterated. Sometimes families will opt for packaged foods, even though they are more expensive than loose foods, out of these concerns.

You have said, 'Obesity is so interesting to me, since food is morally charged.' Please elaborate on this.

Food is a moral lightning rod. It is intricately bound into our rituals, from the more formal ones such as weddings to our more everyday ones such as feeding a family member or giving food to the poor.

With obesity, food can take on morals of being 'bad for you' or 'risky'. We police what we eat, thinking that every calorie counts towards an extra kilo lost or gained. We indulge sometimes, and sometimes we abstain. In each of those instances, food carries a moral charge.

When did you first taste Indian food? What kind of diet do you keep when you are in India? What is your favourite Indian dish/dishes?

I first tasted Indian food as a child in Florida where I grew up there were several Indian restaurants, and I distinctly remember eating at a lunch buffet at one of them. It was the Punjabi-style food that many restaurants in the US serve. Lots of butter, pretty mild on the spices.

I knew nothing then about Indian food, especially the immense diversity of cuisines and traditions not to mention the long history of restaurants in cities like Mumbai.

When I am in India I generally cook for myself, mostly vegetarian, if I'm not eating out: aamti-bhat-bhaji dal-rice-veg dish).

Part of my research involved learning what people cook on a daily basis, and I learned a lot about cooking from my neighbours. For example. I asked people for recipes, but more importantly, I asked if I could watch them cook. So much of the taste comes from technique, which is invisible when you simply read a recipe.

My favourite Indian dishes rotate all the time -- I could never pick one. Sometimes I crave a Bengali doi maach (fish and yogurt), other times I want vaangi bhat (brinjal and rice).

I was lucky to live in Mumbai, where there's amazing food. Some of my favourites are the vada pav stalls, Prakash in Dadar for thalipeeth (Maharashtrian pancake), or Brittania for berry pulao, but really my favorite place to eat is at anyone's home, because what's served there is almost surely impossible to find in a restaurant.

What was it like watching people cook in Mumbai?

I followed neighbours, friends, and community members to the markets, and observed them interacting with market vendors about the qualities and prices of the food they were buying.

Then, back in the kitchen, I watched as many steps as possible -- but cooking went on all day. I learned how to grind masalas, roll out chapatis, and to clean and cook rice.

These were everyday practices for regular daily food, like fish curries, but I had the good fortune to learn how to make some special occasion foods like biryanis as well. I also learned a great deal about baking -- some of my neighbours in Bandra were kind enough to let me watch how they made cakes and marzipan (confection made primarily of almond and sugar) for Christmas.

Talking about food was a great inroad into building relationships with my neighbours. If a friend invited me to eat at a family meal, I'd be persistent: How did you make this? What's in the masala? Where's the best place to get the ingredients?

In a way, I was trying to map out food cultures in the city through these everyday encounters. 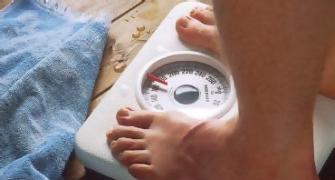 Simple tips on how to lose weight 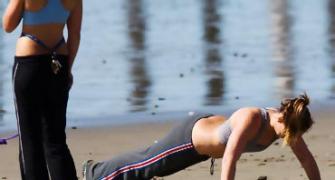 Not losing weight? Here's what to do 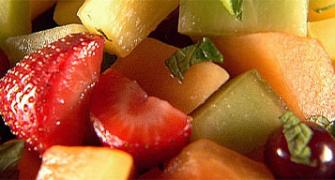 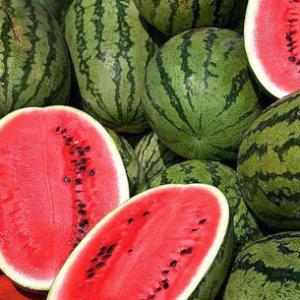 Getting obese? Avoid these 15 foods