The West Bengal police on Tuesday interrogated top Maoist leader Kobad Ghandy in a New Delhi jail, after obtaining permission from a local court, in connection with a criminal case registered at West Midnapore district in 2008.

The West Bengal police had on Monday filed an application in the court of Chief Metropolitan Magistrate Kaveri Baweja, seeking direction to the jail authorities to allow them to interrogate Ghandy, for his alleged involvement in the case registered at Salboni police station in West Midnapore district.

"It is essential to interrogate the accused for the purpose of investigation of the present (Salboni) case. Necessary direction is also sought to the jail superintendent to permit the accused to be interrogated," Public Prosecutor Navin Kumar submitted on behalf of the West Bengal police.

Baweja, taking the application into consideration, directed the jail authorities to consider the plea of the state police in accordance with the prison rules.

Chief Minister of West Bengal Buddhadeb Bhattacharjee and former Union Minister Ram Vilas Paswan had a narrow escape on November 2, 2008, when a landmine exploded within minutes of their convoy passing through Baroa near Salboni in Midnapore.

Following the landmine blast, a case in this regard was registered in the Salboni police station.

Ghandy had earlier been interrogated by the Andhra Pradesh police for his alleged involvement in a case registered under the Explosive Substances Act and Unlawful Activities (Prevention) Act in Karimnagar district in 2008.

A Delhi court has recently extended the time for filing of charge-sheet against Ghandy till February 19 on the plea of the city police. In an application filed before a Metropolitan Magistrate, the Delhi Police Special Cell, which is investigating Ghandy's case, had submitted that they needed more time to file a charg-sheet against him.

Ghandy, 63, an ideologue of the banned outfit, has been booked for various charges under the Unlawful Activities (Prevention) Act after his arrest in New Delhi on September 20.

An alumni of the prestigious Doon School, Ghandy was reportedly among the top echelons of erstwhile CPI-ML (People's War Group) from 1981 and continued as a Central Committee member in the CPI - Maoist. He was elected to its Politburo in 2007. 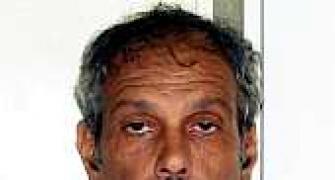 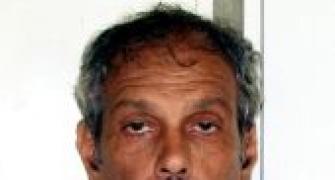