Beating Retreat ceremony, which marks the culmination of the four-day-long Republic Day celebrations, is underway at Vijay Chowk in New Delhi.

The ceremony traces its origins to the early 1950s when Major Roberts of the Indian Army developed the unique ceremony of display by the massed bands.

As many as 27 performances on the historic Vijay Chowk will enthrall the spectators with captivating and foot-tapping music of the bands from the army, the navy, the air force and the State Police and Central Armed Police Force.

Out of the 27 performances, 19 tunes have been composed by Indian musicians. 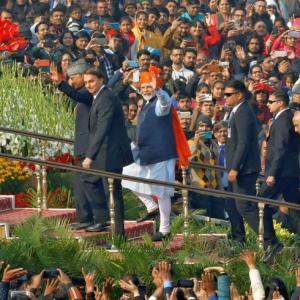 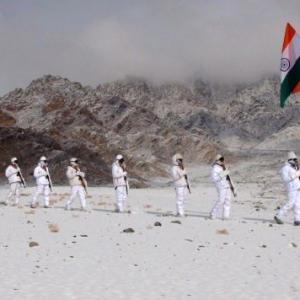