Was Chidambaram sidelined at Congress plenary? 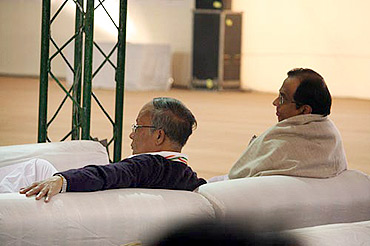 Home Minister P Chidambaram, who was sitting in the area reserved for ministers on day one of the 83rd Congress plenary, was finally accommodated on the dais with the office bearers of the Congress party.

Why was Chidambaram not on stage? It came as a surprise to the addressees, as one saw even Vilasrao Deshmukh and Maharashtra Chief Minister Prithviraj Chavan on the dais?

The reason behind the home minister's absence on a day that was of great importance to the party could not be ascertained. But Chidambaram was seen busy checking messages on his mobile phone.

The home minister is apparently the third most important Union minister after the prime minister and finance minister and hence his absence on the dais was 'quite shocking', said a congress delegate from Tamil Nadu.

However, even though the Congress party has made amends on day 2, Chidambaram is seated in the last row on a day when the Prime Minister addressed the plenary. 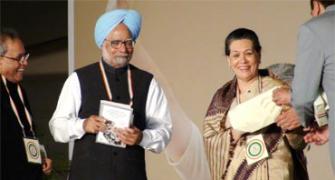 We made CMs resign over corruption, can BJP, asks Sonia 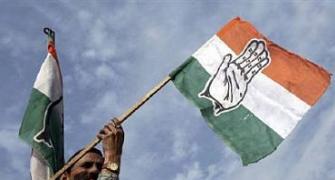 Congress plenary passes being sold for Rs 325!
Is Sonia Gandhi up to the challenge? 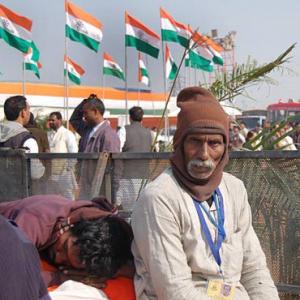 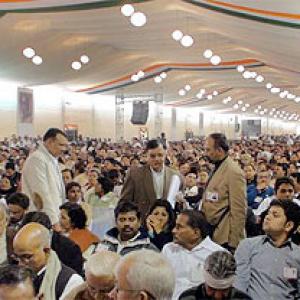