October 03, 2011 16:01 IST
Far from the rough and tumble of politics, Union Finance Minister Pranab Mukherjee is in Kolkata at his ancestral home at Miriti in Birbhum district to perform Durga Puja as he has been doing every year.

"I extend puja greetings (Saradiyar Subhecchha) to all people and wish them well," a relaxed Mukherjee said before leaving for his ancestral home with his wife.

Mukherjee, who makes it a point to be at Miriti village every year to take part in the four-day rituals, said the puja has a 'social dimension' too. "I want to avail of this opportunity to be with the people of my area. During the pujas, I get a chance to meet them and interact with them," he said.

Mukherjee's MLA son Abhijit, who also plays an active part in the festivities, looks after the arrangements during the occasion. The Union minister arrived in Kolkata from Delhi on Saturday evening and is likely to return to the national capital after the pujas. 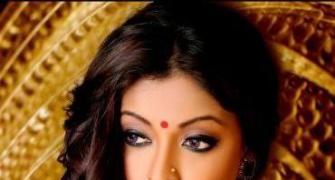 Pranab off to ancestral home for Durga Puja 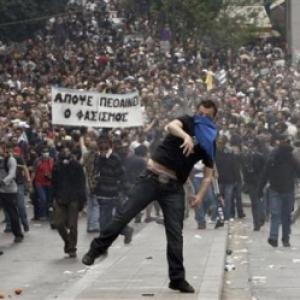 Why India should take lesson from Greece