Congress leader Digvijay Singh on Thursday faced the wrath of Bharatiya Janata Party workers protesting against price hike while he was waiting to board a Delhi-bound train at Mugalsarai railway station near Varanasi.

Tempers ran high as BJP workers, who were holding black flags, clashed with Congress activists as they tried to enter the waiting room at the station, where Singh was sitting, sources said.

Singh, who had reached Mugalsarai railway station from Ghazipur, was waiting to board Rajdhani express for New Delhi. There were heated arguments and scuffle between BJP activists, who were shouting anti-Congress slogans over price rise, and Congress workers, they said. However, sources said that none of the protesters could reach Singh.

Later, the All India Congress Committee general secretary told the media, "What else can these (BJP) men with black hearts do except showing flags".

Earlier at a public meeting in Ghazipur, Singh accused the BJP of doing nothing to root corruption when it was in power and said the party was enacting a "drama" after some states ruled by it were ridden by scams.

Lashing out at L K Advani, he said before starting his rath yatra against corruption the BJP leader should have looked at things within his party. 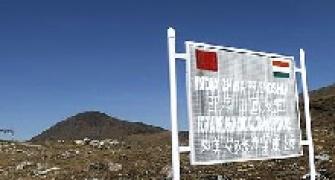 'Police must probe how 39 SP MPs were bought' 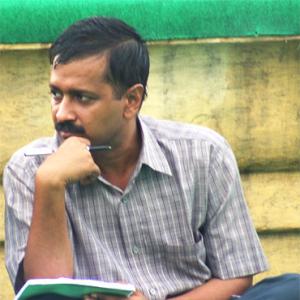 Will quit movement if corruption charges are proved: Kejriwal