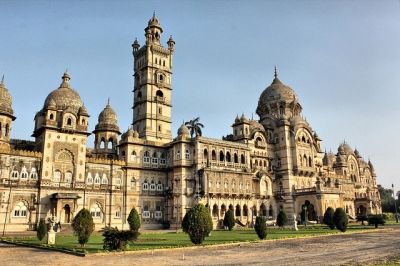 Over 100 years ago, their forefathers had built the structure that houses the Vadodara court, the sprawling compound of which on Wednesday became the venue for settlement of their dispute over ancestral property worth Rs 20,000 crore. The city court has accepted a memorandum signed by 23 members of the Gaekwad royal family to end their feud of 23 years.

Ranjitsinh Gaekwad’s son, Samarjitsinh, retained the family’s landmark property, Lakshmi Vilas Palace, and 600 acres around it; while his uncle Sangramsinh got Indumati Palace, a majority of the family’s residential properties in Mumbai and Vadodara and real estate owned under Alaukik Trading Company, including bungalows and Nazarbaug Palace.

“We are happy to have finally resolved the property dispute with the consent of all the family members,” said Pratapsinhrao, son of Sangramsinh Gaekwad, after signing the deal in presence of a senior additional judge at a Vadodara court on Wednesday.

All the members of the family, including Rajmata Shubhanginiraje and her sisters and daughters-in-law, were present in the court on Wednesday.

The Lakshmi Vilas Palace, designed by architect Major Charles Mant, was built by Maharaja Sayajirao Gaekwad III in 1890. Then, it was among the few Indian buildings fitted with amenities such as elevators. Four times the size of London’s Buckingham Place, Laxmi Vilas Palace, which also has a golf course today, has the distinction of being the largest private property built till date. Its interiors are reminiscent of a large European country house.

The indications of a settlement had come three days earlier, when Samarjitsinh began vacating IndumatiPalace. According to family insiders, this property, opposite LaxmiVilasPalace, was the bone of contention between the two royal camps -- one each led by Samarjitsinh and his uncle Sangramsinh.

Samarjitsinh’s father, the late Ranjitsinh Gaekwad, had occupied Indumati Palace and opened his office on its first floor, while on the ground floor was the office of Baroda Rayon Company, owned by his brother Sangramsinh.

Samarjitsinh noted, “We took the decision to resolve the dispute for betterment of our future generations and for peace within our family.”

Vadodara’s Gaekwads were considered one of the wealthiest royal families among the erstwhile princely states of India. After the country’s independence, Pratapsinh, grandson of the then king Sayajirao Gaekwad III, had handed over the reins to his eldest son, Fatehsinhrao Gaekwad.

Since Fatehsinhrao was unmarried, his younger brother, Ranjitsinh Pratapsinh, had taken over the royal throne. It was in the years to follow that Pratapsinh’s youngest son Sangramsinh moved court for his right to the royal property.

The legal battle was fought at various judicial forums, including the Vadodara civil court, the Company Law Board, the Gujarat high court and the Supreme Court.

Legal experts said this was a rare instance of a royal family resolving a long-running property dispute amicably. “No matter who got what... the royal family is happy now, as its future generations will be free from legal disputes within the family,” said a Vadodara-based chartered accountant and wealth expert.

Samarjitsinh Gaekwad, the son of late Ranjitsinh Gaekwad and nephew of Sangramsinh noted, “We took the decision to resolve the dispute for betterment of our future generation and for peace in our family."

The Gaekwads of Vadodara were considered to be one of the wealthiest royal families among erstwhile princely states in India. After the Independence, the erstwhile king Sayajirao Gaekwad’s son Pratapsinh Gaekwad handed over the reins to his elder son Fatesinhrao Gaekwad.

Since Fatehsinhrao was single his younger brother, Ranjitsinh Gaekwad took over the royal throne. It is in the later years that the youngest son of Pratapsinh, Sangramsinh approached court to get his right to the royal property. 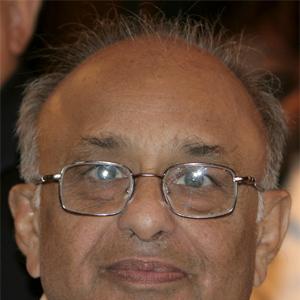