With six more persons succumbing to encephalitis, the death toll due to the disease in eastern Uttar Pradesh has mounted to 351 this year, health officials said on Wednesday.

The worst affected districts are Gorakhpur, Deoria and Kushinagar.

He said 375 patients suffering from the disease are at present undergoing treatment in various government hospitals.

As many as 2,320 encephalitis patients were admitted in government hospitals of the region this year, of which 351 died.

The dead also include 33 people from Bihar and two patients from Nepal. 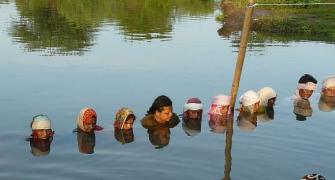 US lifts sanctions on Nepal Maoists