The Kerala government wanted the Centre to declare the floods that have devastated God's Own Country a national disaster, but the NDM government has instead described the natural catastrophe as a 'serious calamity'.

There is also angst about the magnitude of central assistance to Kerala.

The pradhan sevak promised the state Rs 5 billion after he aerially surveyed the flood-hit areas on Saturday. The cost of rebuilding lives and rehabilitation is estimated at 20 times that figure, Rs 100 billion.

Uttam Ghosh offers his take on the Kerala floods and the Centre's relief response. 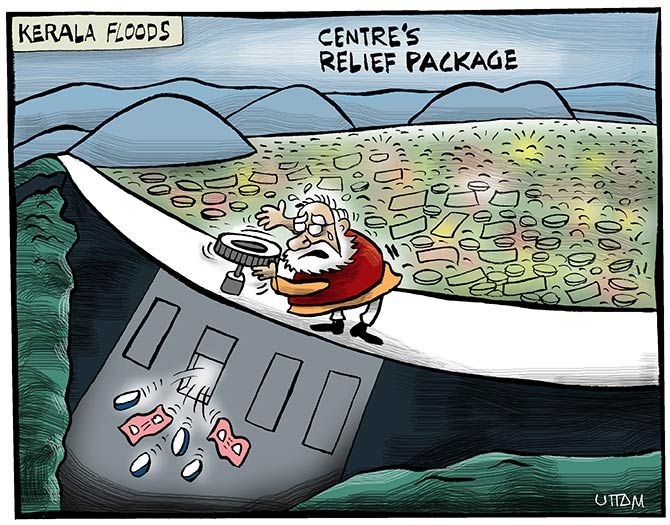