Hours before taking oath of office as the 45th President of the United States, Donald Trump laid wreaths on the Tomb of the Unknowns at the Arlington National Cemetry in Washington as a host of performances kicked off his inaugural concert at the Lincoln Memorial hall. 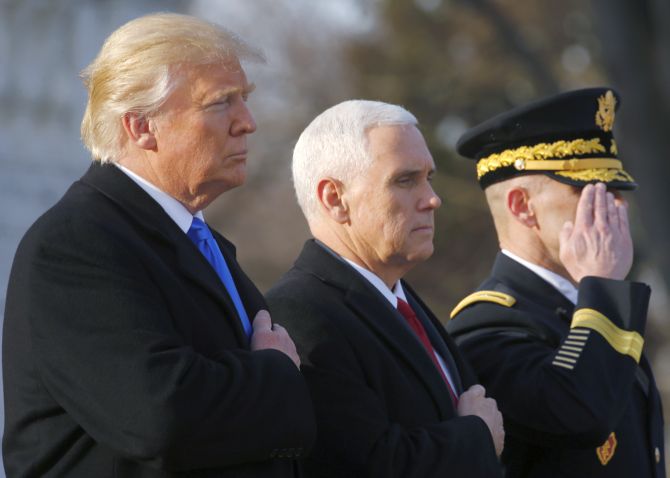 IMAGE: US President-elect Donald Trump, left and Vice President-elect Mike Pence stand for Taps after laying a wreath at the Tomb of the Unknowns at Arlington National Cemetery in Arlington. Photographs: Jonathan Ernst/Reuters

Trump laid the wreaths along with Vice President-elect Mike Pence. The two men put their hands on their hearts as an army drummer played taps.

The Tomb of the Unknowns is a monument dedicated to service members whose remains were never identified.

The President-elect's family, including his wife Melania Trump, children and grandchildren, were also present during the wreath laying ceremony.

Trump was greeted by a large crowd who lined up the streets along the way.

Meanwhile, incoming White House Chief of Staff Reince Priebus announced the appointment of additional staff for Trump after he takes charge on Friday. 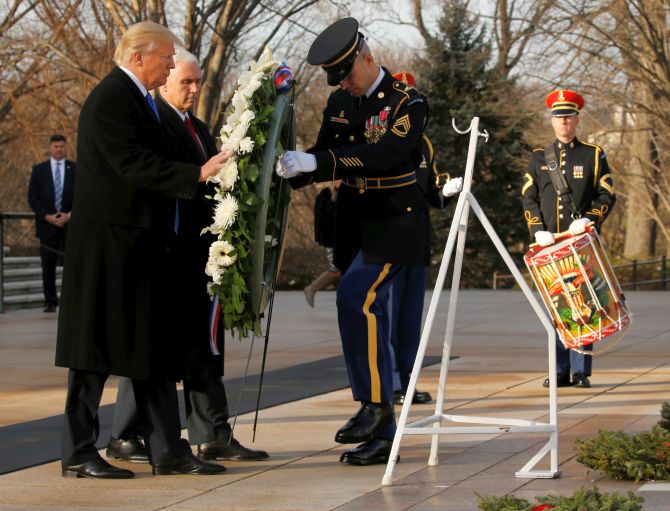 IMAGE: Trump and Pence lay a wreath at the Tomb of the Unknowns.

The list also named Sarah Huckabee Sanders as the Principal Deputy Press Secretary, Michael Ambrosini as the Special Assistant to the President and Director of the Office of the Chief of Staff. 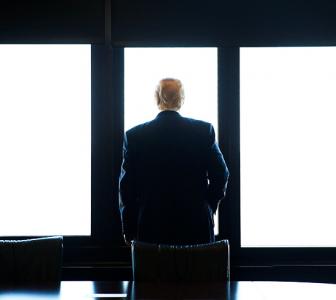 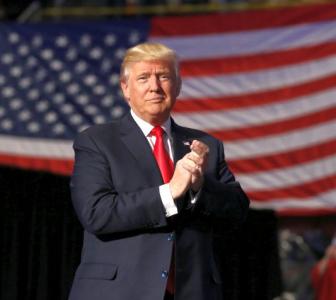 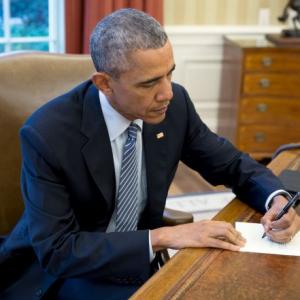