Ami Bera re-elected to US Congress for 3rd consecutive time 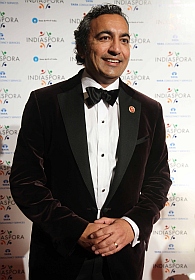 Ami Bera, the only Indian-American in the current Congress, has been re-elected to the US House of Representatives for the third consecutive time after defeating his Republican rival.

Bera, 51, would be joined by three first-time Indian-American lawmakers in the US House of Representatives -- Raja Krishnamoorthi from Illinois, Pramila Jayapal from Washington State and Ro Khanna from California.

This is for the first time that the House would have four Indian-American members.

Bera was projected to be declared elected after Sacramento County Registrar of Votes announced the latest update of its counting of votes.

According to this, Bera’s lead over his Republican rival Scott Jones grew to more than two per cent, with 129,064 votes to 123,056 in the Congressional Seventh District of California.

With Bera’s victory, he ties the record of the most consecutive terms served by an Indian-American in Congress, previously held by Congressman Dalip Singh Saund, who served three terms from 1957-1963.

In the run-up to the polls, Bera was endorsed by US President Barack Obama.

“It has been my honour to serve this community first as a doctor and for these past four years as a member of Congress. I am incredibly thankful for the hundreds of volunteers who knocked doors and made phone calls during this campaign because they believe in standing up for women’s access to
healthcare, protecting Medicare and Social Security and ensuring all of our veterans receive the benefits they have earned,” Bera said.

“After months of a divisive national election, our job now is to bring our country back together,” he added.

In 2012, Bera led Republican Dan Lungren by 184 votes the morning after election day, and his lead eventually grew to 9,191 votes.

Saund was the first Indian-American elected to the US Congress. He represented the 29th Congressional District of California for three terms from January 3, 1957 to January 3, 1963. 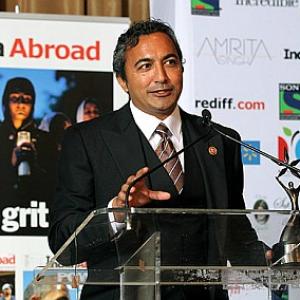 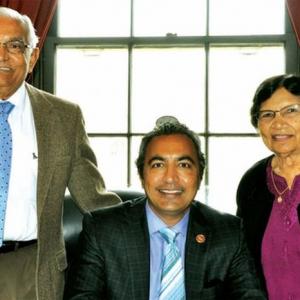