News
Business
Movies
Sports
Cricket
Get Ahead
Money Tips
Shopping
Sign in  |  Create a Rediffmail account
Rediff.com  » News » Use tech as a means to development, not destruction: PM in Dubai

Use tech as a means to development, not destruction: PM in Dubai Prime Minister Narendra Modi on Sunday cautioned against the misuse of cyberspace to ensure they do not become a source of radicalisation, asserting that technology should be harnessed as a tool for development, not destruction.

The comments by Modi at the World Government Summit in his plenary address comes at a time when the world community is engaged in efforts to address the misuse and abuse of cyberspace by terrorists and hackers.

During the course of his address, Modi highlighted the importance of assimilating technology with governance to ensure equitable growth and prosperity for all.

He emphasised the role technology was playing in India's development.

Modi told the audience that India is aspiring to assume leadership position in Artificial Intelligence, Nano, cybsersecurity and cloud computing.

He received loud cheers when he referred to what he called the 5Es and the 6Rs.

Modi said that even after all the development, poverty and malnutrition have still not been eliminated.

"On the other side we are investing large portion of money, time and resources on missiles and bombs. We must use technology as a means to development, not destruction," he told the gathering that included Sheikh Mohammed bin Rashid Al Maktoum, the Vice President and Prime Minister of United Arab Emirates and the ruler of Dubai.

He expressed concern over attempts by some people to radicalise the cyber space with the use of technology, referring to its use by jihadists to recruit cadres online.

India is the 'Guest Country' at the sixth edition of the World Government Summit, which is being attended by more than 4,000 participants from 140 countries.

"It is a matter of pride for not only me but also the 125 crore people of India that I have been called as the Chief Guest at the World Government Summit," Modi said.

He hailed the use of technology by the Dubai government, saying a desert has been transformed.

"It's a miracle," he said, describing the Gulf emirate as an example for the world. Noting that 9.5 per cent of the world's population lives below the poverty line, despite the tremendous population growth, he said, "today there are great challenges... Poverty, unemployment, education, housing and human catastrophes."

"We can all overcome them through development. This is what my Government is working on using technology," he said.

Stating that his government's mantra is 'sabka saath, sabka vikas', Prime Minister Modi said India has focused on the key sectors to empower its 125 crore people i.e one-sixth of humanity, contributing to the development of mankind as a whole.

In the last 25 years, maternal mortality went down by one-third in India and by half across the world, he said.

"If you take a cab in India, you may pay Rs 10. But the cost of India's access to Mars is just Rs 7 per kilometre," he told the gathering, amid big applause.

Modi said that 65 per cent of India's population is under 35 and the dream of a new India will be achieved by empowering the youth with technology.

"We have built a technology system, so that India has become a major innovation country in business ventures," he said, adding that by 2022, the income of farmers will be doubled.

Modi said the ease of using technology and its spread has empowered the common man and this empowerment has been furthered by the minimum government and maximum governance.

"Technology is changing at the speed of thought. Technology has become a big medium of global change. It has empowered the common man via minimum government, maximum governance. In E-governance, the E stands for effective, efficient, easy, empower, and equity," Modi said.

The prime minister said that sometimes it looks like the mankind is not only making technology an instrument to conquer the nature but also making a mistake of fighting with it.

"Its cost is very high. For the future of mankind, we should not fight with the nature but find a way to co-exist," he said.

"We need to follow the six Rs that stand for reduce, reuse, recycle, recover, redesign and remanufacture, this will lead us to point where we can rejoice," the prime minister said, amid applause.

The prime minister said he assess the ongoing infrastructure and developmental projects in the country through video-conferencing every month.

In this, all relevant ministries of the states and the Centre come together. This assess is named as 'Pragati' meaning progress.

"We are living in the world of inter-linked, inter-connected and inter-dependent. To a great extent, our problems and their solutions are undividable. This is certain that we will have to work together to find the solution of problems that may arise in the coming decades before the world. And technology will play a big role in that," he added. 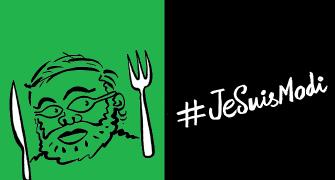 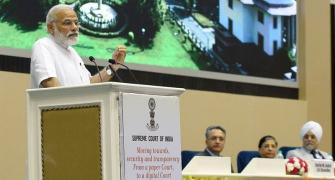 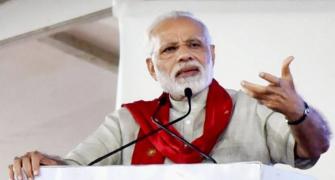 Can't afford to have 'digital divide' in India: PM