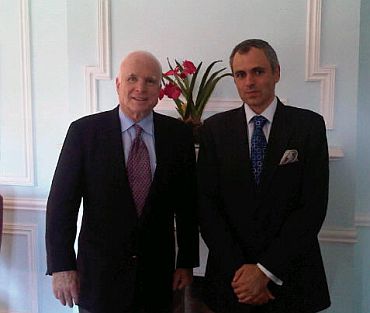 An official handout issued in Srinagar on Tuesday evening said during McCain's meeting with the chief minister matters relating to the 'socio-economic development and protection of environment were discussed.'

McCain, who is the vice chairman of the Senate Armed Forces Committee and was the Republican candidate against Barack Obama during the last US presidential election was assisted by his two advisors, Christian Brose and Vance Serchuk, and the first secretary (Political) Paul Narian in the meeting.

Image: CM Abdullah tweeted this picture of him with John McCain on Tuesday evening 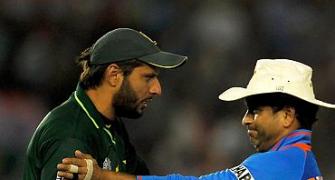