The Blind Foundation of India's founding director Dr Manu Vora and many of the organisation's volunteers received the United States President's Volunteer Service Award. Vora and his wife Dr Nila Vora received the award for Lifetime Service given to those who do 4,000 hours of service.

Since 1989, the foundation has raised over $3.5 million to serve over 15 million blind people in India. The BFI has supported 100,000 free cataract operations, donated 96 mobile vans, distributed 10,000 Braille kits to blind children, performed eyesight checkup for over a million people and completed child sight projects for over 400,000 school-aged children. Through the BFI's efforts in India, over a million people got their eyes checked.

"After losing my parents at an early age of 4 (mother) and 6 (father), I have been fortunate to receive help from my immediate family members and friends," Manu Vora said. "Since god almighty has looked after me during my need, I firmly believe that I should make every effort to help others in need."

Godrej Billimoria, who also received the award for Lifetime Service, is a Rotarian from Wilmette, Illinois since 1982. He has volunteered extensively for the Rotary Club and was instrumental in organising a $2.5 million water filtration plant in his hometown of Billimora in India. He has also supported 15 projects for the BFI.

Nilesh Kothari, the BFI treasurer and director, also got a Lifetime Service award. He has volunteered for the BFI, India Development Service, and Asian Americans for Advancement of AT&T.

The award program was set up by the President's Council on Service and Civic Participation to honor Americans who, by their demonstrated commitment and example, inspire others to volunteer.

The award recognises individuals, families and groups that have achieved a certain standard  measured by the number of hours of service in a 12-month period or cumulative hours over a lifetime. The award consists of official lapel pin, personalised certificate of achievement, and a congratulatory letter from the President.

The awards were presented by Mayor George Pradel and Councilman Douglas Krause at an event at the Municipal Center, City of Naperville, Illinois. There was one bronze, three silver, seven gold, and five Lifetime Service Awards. 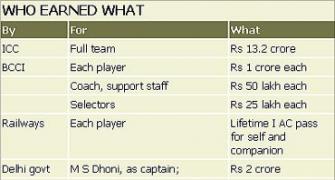 Should the Indian cricket team get a tax break? 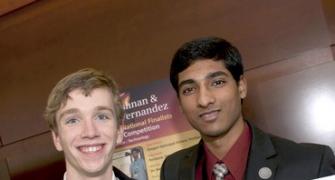 How I, Robot inspired an Indian-American 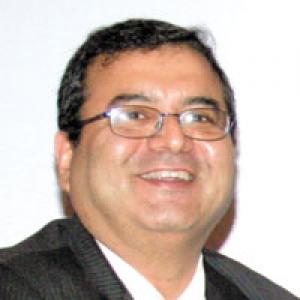 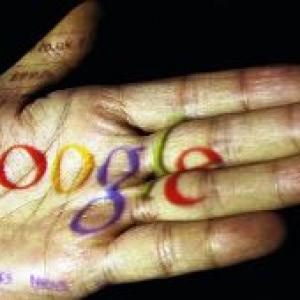