News
Business
Movies
Sports
Cricket
Get Ahead
Money Tips
Shopping
Sign in  |  Create a Rediffmail account
Rediff.com  » News » US congressman campaigns for US visa for Modi

US congressman campaigns for US visa for Modi

On the urging of his Indian American constituents, particularly hoteliers who have origins in Gujarat and are ardent fans of Gujarat Chief Minister Narendra Modi, a United States lawmaker, Congressman, Joe Walsh, a right wing conservative Republican, and is the darling of the Tea Party Movement, has launched a campaign to prevail on the Obama administration to grant a diplomatic visa to Modi. Aziz Haniffa reports

Walsh, who is vulnerable in his district in the upcoming November elections and needs all the financial support he can muster as he has been targeted by Democrats as one of the most vulnerable Republicans has written to Secretary of State Hillary Clinton urging her to "consider granting a diplomatic visa to Chief Minister Narendra Modi of the Indian State of Gujarat."

In his missive to Clinton, Walsh recalled that "in March 2005, Modi was denied a diplomatic visa to visit the US. A State Department official said at the time that he was forbidden entry to visit the US under "Section 212 (a)(2)(g) of the Immigration and Nationality Act."

This section of the law makes foreign government officials ineligible for a visa should the State Department deem them responsible for or directly carrying out severe violations of religious freedom.

Walsh argued "It should be noted that when reading this section of law further, it specifically states that these violations cannot have occurred 24-months prior to application for a visa."

He informed Clinton, "The communal riots that occurred in the State of Gujarat that took place in 2002 are undeniably tragic and resulted in many deaths of innocent Indians," but noted, "This region has worked for years now to bring to justice those that committed serious crimes and many strides have been seen towards reconciliation among Muslims and Hindus in the region."

"Ten years have passed since the violence in Gujarat and much progress has been made. Modi has been recognised across the world for establishing Gujarat as the most business-friendly state in India and is widely believed to be a serious contender for the 2014 election for Indian Prime Minister," he added.

Thus, Walsh urged Clinton that "It is time the state department reconsiders permitting Mr Modi into the US.

"I appreciate you looking into this matter and hope you will take full consideration of this request to reconsider granting Modi entry into the US," he reiterated.

Walsh, a freshman US lawmaker, has been serving in the Congress, since January 2011, after defeating three-term incumbent Democrat Melissa Bean by a margin of 291 votes in a surprising upset, thanks to Tea Party support, even though the Republican establishment shunned him, including his earlier bids for the US Congress in 1996 and the Illinois General Assembly in 1998.

Since his advent on Capitol Hill, he has been an acerbic critic of President Obama, calling him a liar, and for allegedly siding with the Palestinians, bankrupting the country by his stimulus package adding trillions to the federal deficit and burdening the younger generations with unimaginable debt.

In recent weeks, community activists such as Tarun Surti, based in Tennessee -- one of Modi's staunchest supporters in the US, have called upon the Asian American Association of Hotel Owners, to invite Modi to keynote AAHOA's upcoming annual convention in May and the past and present leadership of AAHOA has contacted several US lawmakers on this issue and urged them to prevail on the State Department to permit Modi to visit the US.

Surti has also called for a "nationwide media campaign in the US to promote the good work Shri Narendra Modi has done and correct the misconception in the media that he is a murderer and anti-Muslim."

He said, "The Indian American Muslim Council had organised candlelight vigils across the USA" last month "to commemorate the victims of the riots and to condemn the Gujarat state government for ignoring the plight of the survivors."

"IAMC has been involved in propagating such false information about India, and we need to bring out the truth about the democracy in Gujarat and in India," he added.

Surti asked, "When was the last time a Hindu or Gujarati has organised a prayer in the US for the victims of Godhra, Mumbai, Delhi and other places where the Islamic terrorists have attacked?"

Former AAHOA chairman, Harish Pattni, who described Modi as "the epitome of a world class head of state," and said, "I admire his leadership, his work ethic, his help to Gujarat and India," acknowledged that he was leading the campaign to invite Modi to keynote the AAHOA convention.

Last November, the administration's point man for South Asia, Assistant Secretary of State Robert Blake, while  acknowledging the economic progress and  the exponential growth in Gujarat, which has made it an attractive state for investment by American business and industry,  said  that there has been no review on the issuance of a visa for  Modi to travel to America.

"No, there are no new developments on that," Blake said. "But as you say, Gujarat itself remains a very important place for American investment. It's shown itself to be a very welcoming environment for American business to flourish. And we'll continue to promote investment, encourage investment into that state," he added.

When reminded of Blake's comments at the time, the official said that they still hold good vis-à-vis the Modi visa issue.

In March 2005, Modi was denied a visa for his alleged complicity in Gujarat's sectarian violence in 2002 -- which left nearly 2,000 people, mainly Muslims dead -- when he had applied for a visa to attend AAHOA's annual convention where he was to deliver the keynote address.

Interestingly, the refusal of the visa at the time to Modi came just two days after the visit to New Delhi of then US Secretary of State Condoleezza Rice and although the Congress Party-led United Progressive Alliance government had no love lost for Modi, it summoned the then US deputy chief of mission at the American embassy in Delhi, who at the time was Blake, and lodged a strong protest over Washington's decision called it "uncalled for."

The external affairs ministry at the time said, "The action on the part of the US embassy is uncalled for and displays lack of courtesy and sensitivity towards a constitutionally elected chief minister of a state of India."

The US embassy at the time said Modi's tourist and business visa issued in 1998 had been revoked and there was no chance he would be issued a diplomatic visa either.

Earlier, the US embassy said Modi's tourist and business visa, issued in 1998, had been revoked and he would not get a diplomatic visa either. At the time, an angry Modi called the US decision "an insult to the Indian constitution and an attack on Indian sovereignty."

But the US held firm and did not issue him a visa, saying the decision had been taken under the provisions of the Immigration and Nationality Act, "Under which any foreign government official responsible for serious violation of religious freedom is ineligible for a visa."

The state department said, "The US law is clear that states or government officials responsible for carrying out serious violations of religious freedom are ineligible for a visa." 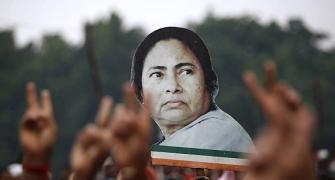 Mamata among Time's 100 most influential people
No racial profiling in SRK's detention: US 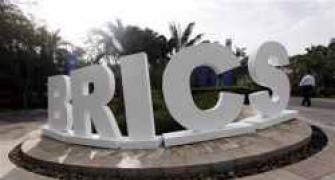 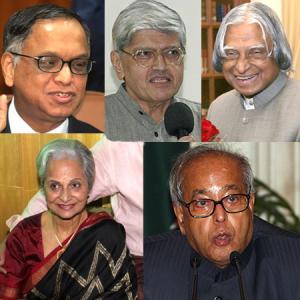 Pssst! Will Waheeda Rahman be India's next President? 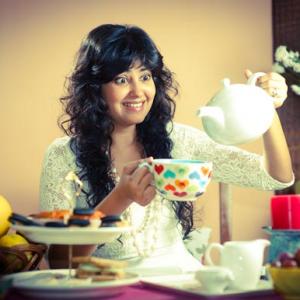