The Tehreek-e-Taliban Pakistan is a terrorist organisation, even if it has not been officially designated yet, a top United States official has told his lawmakers. The US now says that the Pakistani Taliban was responsible for the failed Times Square bomb attempt on May 1, in which a Pakistani-American, Faisal Shahzad, 30, has been arrested by federal authorities.

Following this, several US lawmakers have urged Secretary of State Hillary Clinton to designate Pakistani Taliban a foreign terrorist organisation. The State Department has said that it is actively considering the issue and it is only a matter of completing the legal formalities.

"As I say, if not technically designated, they (Pakistani Taliban) are certainly a terrorist organisation," US Attorney General Eric Holder told Congressmen in his testimony before the House Judiciary Committee on Thursday.

Holder was responding to a question from Congressman Lamer Smith if he considers TTP a foreign terrorist organisation in view of its involvement in the Times Square incident.

"If not formally designated, I think that we have certainly seen, through their actions and certainly with their attempt through Mr Shahzad, I think they are," Holder said.

"Whether or not there is an ability to denaturalise him, I know that this something that has been discussed, and whether or not there are constitutional issues that are involved in that process may certainly have been raised. I think those would have to be considered as well," the attorney general said in response to a question.

Earlier in his testimony, Holder said the Pakistani Taliban was responsible for the failed Times Square bombing attempt, and added that the US is working closely with Islamabad to make sure that anyone found responsible is held accountable.

"We now believe that the Pakistan Taliban was responsible for the attempted attack," he said. "We are currently working with the authorities in Pakistan on this investigation, and we will use every resource available to make sure that anyone found responsible, whether they are in the United States or overseas, is held accountable," he said.

Early this week, a group of five influential Senators urged Clinton to designate the TTP as a foreign terrorist organisation as it has been involved in terrorist attacks on American soil.

"We write to urge you to add the Tehreek-e-Taliban Pakistan, otherwise known as the Pakistani Taliban, to the State Department's list of Foreign Terrorist Organisations," the five Senators said in a letter to Clinton. The Senators are Charles E Schumer, Kay Hagan, Kirsten Gillibrand, Robert Menendez and Frank Lautenberg.

"The Pakistani Taliban is a murderous organisation dedicated to killing civilians, harming US interests in the region, and has even taken credit for terrorist acts committed on US soil. In a video recorded in April 2010, a representative of the Taliban in Pakistan indicated that this organisation would make cities in the United States a main target," the Senators said.

The State Department said the US is considering designating TTP as a foreign terrorist organisation as investigations have found that this Pakistan-based outfit was responsible for the failed Times Square bombing attempt.

"We are considering the question of designating the Pakistani Taliban," Assistant Secretary of State for Public Affairs P J Crowley said, adding that it is now only a matter of completing the legal requirements in this regard.

"As you would envision, there's a deliberately or intentionally deliberate process that we go through, and any group that is to be designated must meet very specific legal criteria, but it is something that we are considering in light of what happened," Crowley said. 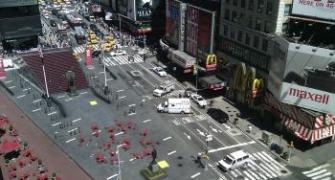 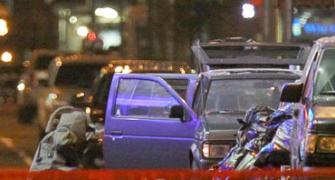 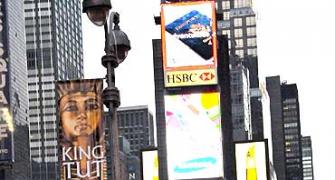 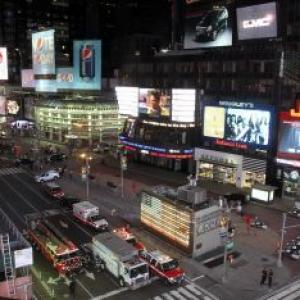 Why do terrorists target Times Square?