'US authorities shouldn't have arrested Krittika'

Indian Consul General in New York has said the United States State Department is wrong in its reading of the Vienna Convention on Consular Relations and asserted that diplomatic immunity is extended to family members of consular officers.

Prabhu Dayal was speaking in the backdrop of the controversy raging about whether Krittika Biswas, the daughter of the Vice Counsel General in New York, had diplomatic immunity that protected her against arrest.

"The rulebook is here," Dayal told PTI. "They should not have arrested her."

Biswas, 18, who claims she was wrongfully arrested on suspicion of sending obscene emails to her teacher, is suing the New York City government for $ 1.5 million.

"As a family member of consular officer, rather, she does not enjoy immunity from jurisdiction or inviolability," he told reporters.

Insisting that Toner had got it wrong, Dayal pointed to article 53 (2) of the Vienna Convention on Consular Relations, 1963, which says "Members of the family of a member of the consular post forming part of his household and members of his private staff shall receive the privileges and immunities provided in the present Convention..."

The State Department, however, said on Friday that it is sticking by Toner's earlier remarks.

"We have run into a dead wall," said Dayal. "The issue  has to be resolved by the External Affairs Ministry and the State Department."

Ravi Batra, Biswas' lawyer, also said his client had diplomatic immunity and the matter needed to be revisited by the State Department for a second legal opinion.

Batra, however, added Biswas did not need diplomatic immunity because she is innocent. The teenager claims she was handcuffed and led out of school on February 8.

After her arrest and suspension from school, the real culprit was found. Biswas claims that the police did not let her use the bathroom for a long time, she could not drink water from a cooler that had vomit on it, and she spent the night feeling cold because the blanket was too dirty to use.

In India, US Department of Homeland Security Secretary Janet Napolitano did not comment on the case since the matter is in court.

"I think that I can sympathise with this young woman who was apparently caught up in a situation not of her own making," she said. Batra added the Vienna Convention required the host government to inform the consulate of a signatory country if a citizen of that country had been arrested.

"The local authorities must make that communication," he said. "But nothing like that was done." He described the school figures and the police officials who allegedly acted against Biswas without due diligence as "bumbling idiots with malicious intent."

On Friday, the New York Police Department did not respond to request for comment. 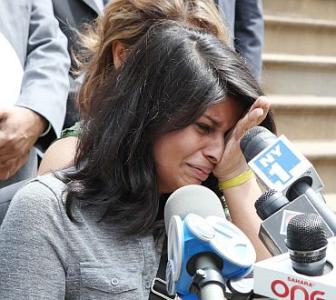 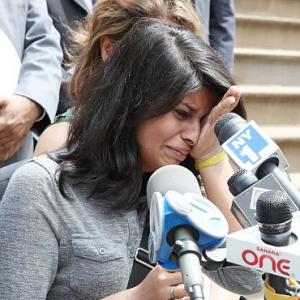 No immunity for diplomat's daughter, says US

Pak must punish 26/11 perpetrators urgently: US