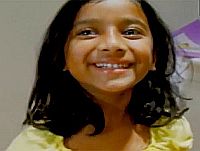 Thanks to the world-wide media attention as well as the involvement of Democratic Congressman from Ohio, Dennis Kucinich, six-year old Alyssa Thomas's name was removed from the no fly-list by the United States Department of Homeland Security.

The news that the Indian American girl was on US no-fly lists on grounds of suspected terror ties have created shock waves across the world.

"We have family all over the United States, as well as all over the world, and her cousins in the Middle East heard about it, our family in India heard about it. It just spread like wildfire," Dr Swapna Thomas, Alyssa's mother said.

He said earlier that he believed it was an honest mistake and expected it to be corrected soon.

Alyssa's family came to know about her name in the list last month when they were going to Minneapolis from the Cleveland Hopkins International Airport.

Santhosh said he was not bitter or upset as he felt 'it was a mistake, and everyone makes mistakes.'

When the family tried to clear up the issue with homeland security, they received a letter notifying them that it could not be changed.

Then they told their story to FOX 8 who took the issue to Washington. Rep Kucinich too got involved and asked the officials to remove the name from the list.

"I agree with them. I really think this is something that was done erroneously and there was a very easy way to rectify this thing, but that did not happen," Santhosh told mediapersons.

Rep Kucinich said DHS has resolved the issue and the family was willing to accept their apology.

Meanwhile, the American Civil Liberties Union has filed a lawsuit against the federal government claiming the "no fly" list violates constitutional rights and they pointed out Alyssa's case too.

"That particular case kinds of highlights how ridiculous some of the decisions that are being made actually are," James Hardiman from the American Civil Liberties Union, said.

'In the eyes of terrorists, New York is America' 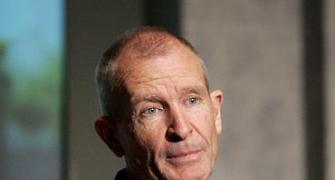 Obama's sacks intel chief Dennis Blair
Intel lapse behind Shahzad being able to board the plane?

US tightens no-fly rule after Shahzad's near escape