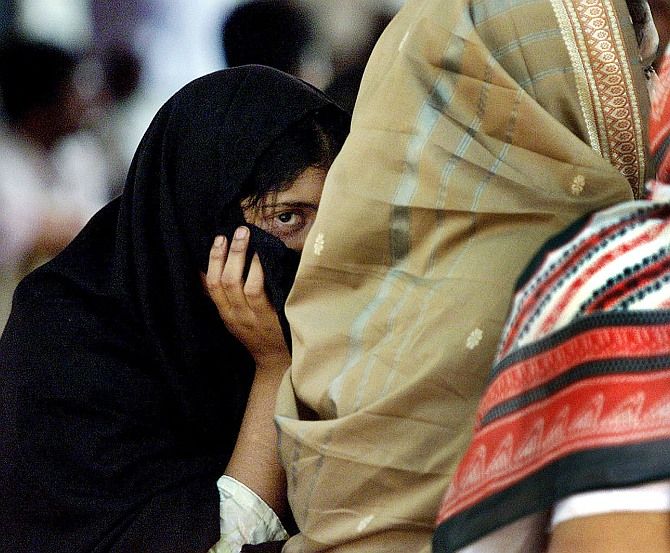 The All Indian Muslim Personal Law Board and various other outfits on Thursday opposed the Law Commission's questionnaire on Uniform Civil Code and announced their boycott of the move, accusing the government of waging a "war" against the community.

Addressing a press conference in New Delhi, they contended that Uniform Civil Code, if implemented, will paint all people in "one colour" which will threaten the country's pluralism and diversity.

Trashing government's stand on the issue of triple talaq, the outfits instead claimed the community has reported lesser number of divorce cases vis-à-vis other communities, especially the Hindu community which, they said, has reported higher divorce ratio according to Census 2011.

AIMPLB general secretary Wali Rehmani, Jamiat-Ulema-e-Hind president Maulana Arshad Madani and representatives of other bodies said all the Muslim sects and its women were "one" on these issues.

They said the outfits will launch a campaign to create awareness amongst Muslims from Thursday, beginning with a gathering in Lucknow.

The board said that there are "flaws" in the personal laws governing Muslims and they are being addressed from time-to-time.

They said the country is facing problems on various fronts including the LoC and issues like killings elsewhere.

"This is all destructive. The government should try to fix this and ensure peace than seeking views on issues like UCC," Madani said.

Contrary to the Commission's claim that the step is an "endeavour" to address discrimination against vulnerable groups and harmonise the various cultural practices, Rehmani said when implemented the UCC will bring to an end country's pluralism and paint all in "one colour" and end diversity and pluralism.

"People of different cultures stay in this country. If the UCC is implemented, attempts will be made to paint all in one colour, which is not in the interest of the country.

"Also, we don't want the practice of triple talaq to be abolished. There are more divorces in other communities. Rather the highest rate, which is double that of Muslims, is among Hindus," he claimed.