Seven labourers were rescued while two others were still trapped after an under-construction tunnel caved in at Sleemanabad in Madhya Pradesh's Katni district, officials said on Sunday. Six of the rescued labourers were rushed to the Katni district hospital, located about 30 km from the spot, via a 'green corridor', they said.

The 'green corridor' is a special cleared out route for fast transportation in case of an emergency.

Nine labourers got trapped after the tunnel of the Bargi canal project caved in late Saturday night in Sleemanabad, located about 450 km from the state capital Bhopal.

Seven of them were so far pulled out from the debris, Madhya Pradesh additional chief secretary (Home) Rajesh Rajora told PTI.

The State Disaster Emergency Response Force team and other personnel were making all efforts to rescue the other two trapped workers, said Rajora, who was monitoring the rescue operation from Bhopal.

Out of the seven labourers rescued so far since the night, six were admitted to the district hospital, Additional Superintendent of Police Manoj Kedia, who was at the spot, said.

They were shifted to the hospital in 25 minutes through the 'green corridor', he said.

Another rescued labourer was in a state of trauma. He was being comforted and given first aid near the tunnel, the police official said.

After being pulled out from the debris, the rescued labourers were given an initial treatment at the spot for about 30 minutes in a special ambulance equipped with modern facilities, he said.

They were subsequently taken to the district hospital, the official said.

Chief Minister Shivraj Singh Chouhan spoke to Katni collector and superintendent of police about the incident. 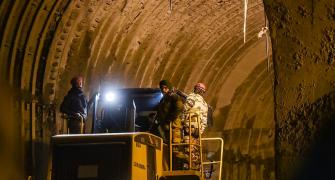 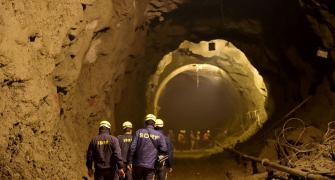 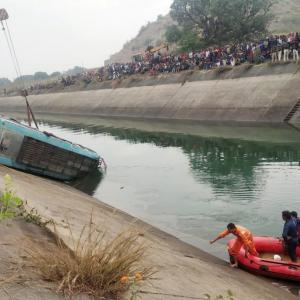 47 killed as bus plunges into canal in MP 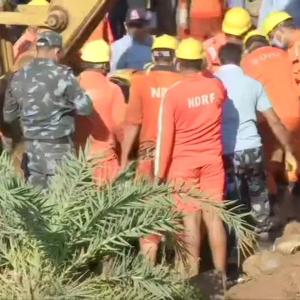 4 dead, 19 rescued after several fall into well in MP