The problems of Naxals targetting schools and recruiting children, especially in some districts of Chhattisgarh, have been highlighted in the annual report of the United Nations on children in armed conflict.

The report found that actors in several armed conflicts were deliberately attacking schools and forcing them to close down.

The UN said Naxals were also targetting and destroying schools. "I am concerned about the increasing trend of attacks on schools and hospitals," UN Secretary-General Ban Ki-moon said in the report.

"Schools must be safe places of learning and development for all children," Radhika Coomaraswamy, the UN top official on children, said.

"They should be zones of peace... those who attack schools and hospitals should know that they will be held accountable."

The UN further said it received reports of "recruitment and use of children by the Maoist armed groups, also known as the Naxalites, especially in some districts in Chhattisgarh state."

The report said the Indian National Commission for the Protection of Child Rights did not have reliable data to determine the number of children affected but the commission said that children were being killed and maimed as a direct result of violence.

"The government of India strongly condemns the acts of the Naxalites," the report said. On 18 November 2010, the Supreme Court did not approve of the Chhattisgarh government's idea to run schools at alternative sites without disturbing para-military personnel stationed in them in Naxal-hit districts of the state, the study noted.

On 18 January 2011, the Supreme Court ordered the Chhattisgarh government to vacate security forces from all educational institutions within four months.

The report detailed violations of children's rights in 21 countries, which included all the South Asian countries -- India, Myanmar, Nepal, Pakistan and Sri Lanka. The annual report also lists those parties to conflict who recruit and use, kill and maim or commit rape and other forms of sexual violence against children in conflict.

"2010 proved another tragic year for children in conflicts all over the world," Coomaraswamy said. "We've taken no parties off of the list and added four more -- two in Yemen and two in Iraq." 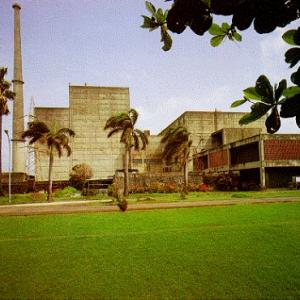