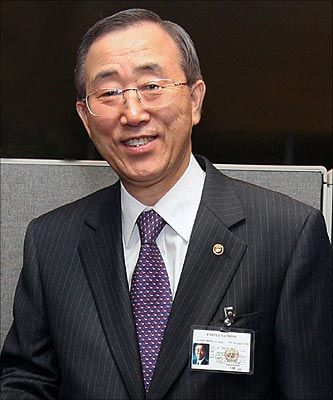 "We would very much hope that Modi would come to the General Assembly and especially attend the Secretary General's climate change summit. India has a big role to play on the issue of climate change and it has very important contributions to make and we would hope to see him here in New York in September for the summit," Ban's spokesperson Stephane Dujarric told PTI.

Dujarric's made the remarks when asked about whether the UN Chief has spoken to Modi following his election as India's prime minister and invited him to visit the UN.

Ban had last week commended the Indian government, its people and the political parties on peacefully conducting its general elections in which the BJP had registered a historic win.

Ban had said the conclusion of the elections in India demonstrated once again that India's popular designation as the world's largest democracy is well deserved.

Modi has tweeted the congratulatory messages he received from world leaders on his win and appointment as India's new leader.

In a tweet, Modi had expressed gratitude to the UN Chief "for his good wishes" and said "India values our long and proud relationship with the UN. We will continue our active contribution to the @UN & work with all the nations towards world peace & development."

US President Barack Obama also has spoken with Modi, congratulating him on his win and extending an invitation to him to visit the US at the earliest opportunity.

The invitation came from the highest level after the US had denied Modi a visa for years following the 2002 Gujarat riots.