News
Business
Movies
Sports
Cricket
Get Ahead
Money Tips
Shopping
Sign in  |  Create a Rediffmail account
Rediff.com  » News » India's bid for UNSC permanent seat gets a shot in the arm

The UN General Assembly on Monday adopted a negotiating text by consensus for the long-pending Security Council reforms, setting the stage for talks on the issue at its 70th session beginning on Tuesday, boosting India's bid for a permanent seat in the revamped world body. 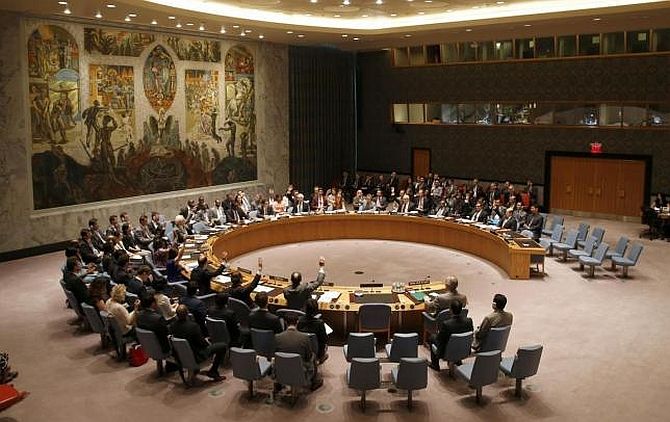 India termed as "historic" and "path-breaking" the adoption of the document, saying the decision puts the Inter-Governmental Process formally on an "irreversible text-based negotiations path" and changes the "dynamics" of the negotiations on achieving UNSC reforms.

UN General Assembly President Sam Kutesa convened a plenary meeting at the United Nations to take action on the draft decision on the "Question of equitable representation on and increase in the membership of the Security Council and related matters".

During the meeting, he also circulated letters containing the positions of key countries, including Russia, the US and China which refused to contribute to the negotiating text.

There was no voting on the decision to continue text-based UNSC reforms in the 70th session of the General Assembly and it was adopted by consensus.

The draft decision contains a negotiating text which has positions of UN member states on Security Council reforms and how the powerful 15-nation body should be expanded in its permanent and non-permanent categories.

The adoption is a significant step towards beginning talks on the long-stalled reforms process in the 70th session of the Assembly on the basis of a negotiating text, a first in the last seven years of Inter-Governmental Negotiations that have been conducted so far without the basis of any text.

India's Ambassador to the UN Asoke Mukerji said the "most important aspect" of today's decision is the text circulated by Kutesa in July which "we have agreed will be the guiding basis for our deliberations in the 70th General Assembly session".

"What you have delivered today... to all 193 Member States of the United Nations, is truly historic and path-breaking on several counts," Mukerji told the Assembly.

"It becomes especially memorable taking into account the stiff challenges and pressures that were brought upon you and your office to step back from this issue, which has been on the agenda of the UNGA for nearly 23 years," he added.

With the 69th session of the General Assembly concluding on Tuesday, Kutesa presented the text for adoption and to be carried forward to the 70th session beginning the same day.

He had achieved a breakthrough of sorts by circulating the text to UN members that will form the basis for the Inter-Governmental negotiations on the UNSC reforms.

The draft also states that an open-ended Working Group on the negotiating text will be convened during the 70th session "if member states so decide".

Kutesa, in a letter to all UN members in July, had circulated the text containing the positions of countries on Security Council reforms and how the UN body should be expanded in its permanent and non-permanent categories.

He also circulated letters containing the positions of groups and member states that indicated they did not wish their proposals to be included in the body of the negotiating text. These countries include the US, Russia and China.

Mukerji on Monday said the need for a supportive international peace and security environment is urgent and "if the Security Council continues to be ineffective, the lives of millions of people and the uninterrupted flow of trade, investment and technology, all of which depend on a stable and predictable global political environment will be jeopardised".

He said the decision to carry forward the reforms process is not just a "technical decision, nor is it a rollover but highly substantive".

"This is the first time in the history of the Inter-Governmental Negotiation process that a decision on UNSC reform has been adopted through an official formal L Document of the UNGA.

"This is the most positive and unique development, as so far, over the last seven years we have only been making statements in the air, or at each other, with easily deniable or disputable summaries, or at times compilation text(s), to register our endeavours," he said.

He said the adoption of such a "substantive decision" on UNSC Reforms "changes the dynamics of the Inter-governmental negotiations" completely.

Mukerji noted that India was among the first to seek to conclude the UNSC reform process by the 70th anniversary of the United Nations. 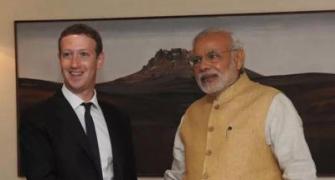 Obama, Biden to lead high-level US engagement with India 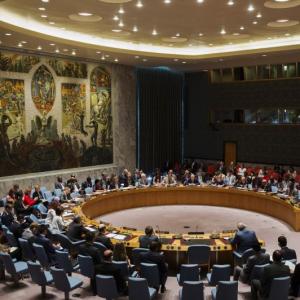 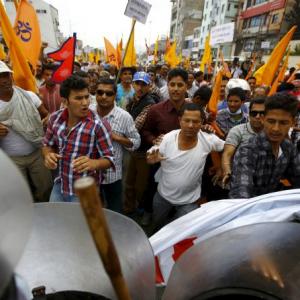 Nepal to remain secular, proposal for a Hindu nation rejected