Asserting that an "economic tsunami" was coming, Congress leader Rahul Gandhi on Tuesday said India should be preparing itself not just to fight the coronavirus but also for the economic devastation that would affect crores of people. 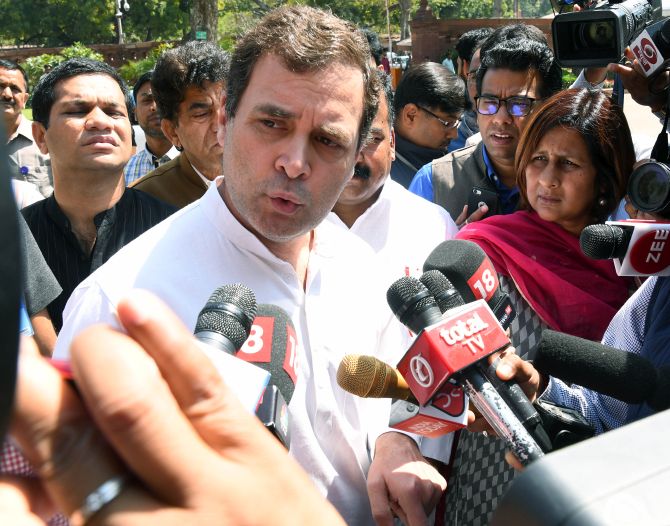 Gandhi also attacked Prime Minister Narendra Modi over the economic situation in the country, saying the PM should get his head "out of the sand" to deal with the problem facing the country.

"Indian economy will be devastated. It is like a tsunami is coming," the former Congress president told reporters outside Parliament.

Narrating an incident to highlight the gravity of the economic situation, he said that before the tsunami came, water receded off the Andaman and Nicobar Islands and when fishermen went to sea, the tsunami struck.

"So the water is going to come. I have been warning the government that a massive (economic) tsunami is coming and they are fooling about, they are not clear about what to do. India should be preparing itself not just for COVID-19 virus but for the economic devastation that is coming," he said.

"I am saying it again and again, nobody is listening to me. I am sorry to say, our people are going to go through unimaginable pain in the next six months," he said.

An "economic tsunami" is coming and there is going to be an economic shock which will affect crores, he said.

Asked about Moody's Investors Service lowering India's GDP growth forecast for 2020 calendar year to 5.3 per cent, on coronavirus implications on the economy, Gandhi alleged that it was Prime Minister Modi's mindset to be rated by some outsiders.

"I am not bothered about what the outsiders are saying, I understand what our strengths are. These (government) people do not believe in our strengths. These people want to be rated by Moody's, by Standard & Poor's, to be rated by (Donald) Trump. I don't give a damn about that rating," he said.

He urged the government to prepare according to India's strengths and claimed that if steps were not taken, there will be economic devastation.

"I am trying to tell the prime minister 'get your head out of the sand. Your head is right now in the sand, pull it out, look around what is going on'. Don't be scared, remove the fear you have carried all
your life because India needs you to do that," Gandhi said. 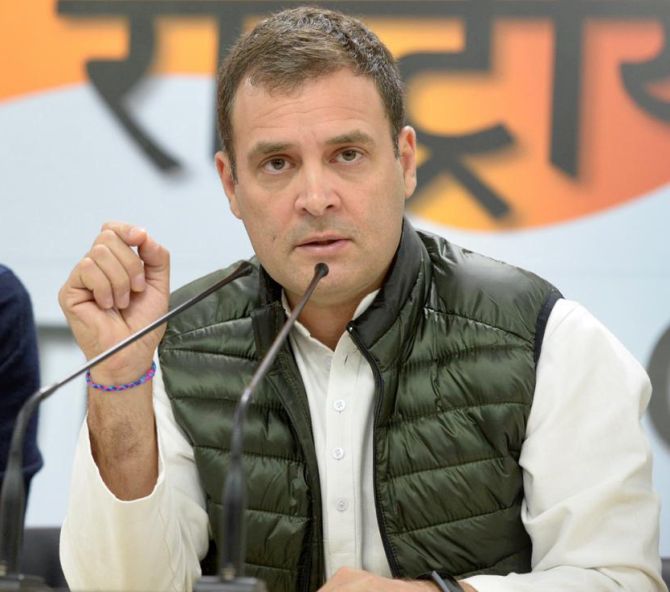 'COVID-19 a huge problem but Modi govt is in stupor' 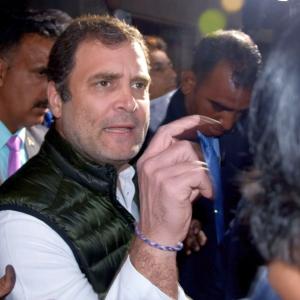