Tripura rout may force CPM to rethink adjustments with Congress

CPM politburo member Hannan Mollah said the party is facing one of the toughest situations following its defeat in Tripura, which has "forced us to rethink in a new way". 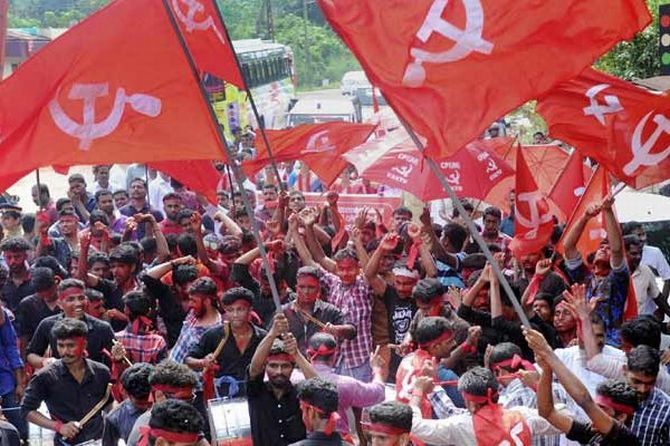 The trouncing of the Communist Party of India-Marxist in the Tripura assembly elections has forced it to rethink strategies and increased the clamour within the party for an "adjustment" with the Congress, ahead of a crucial party meet next month.

The heavy defeat in Tripura has raised several questions within the CPI-M on adopting the "right strategy" for survival, party leaders said.

The BJP-IPFT combine scripted history on Saturday by winning the Tripura assembly polls with a two-third majority, ending 25 years of uninterrupted rule of the CPM-led Left Front in the state.

The BJP and the Indigenous People's Front of Tripura together won 43 seats. The CPM won 16 seats and the Congress none.

CPM politburo member Hannan Mollah said the party is facing one of the toughest situations following its defeat in Tripura, which has "forced us to rethink in a new way".

"We, in our draft resolution, have said we don't want any understanding with the Congress. But now, after the defeat in Tripura, it is a completely new situation where we have to rethink our strategies and political line," Mollah told PTI.

The CPM central committee had on January 21 voted against the draft political resolution put forward by party general secretary Sitaram Yechury proposing an alliance with the Congress.

It adopted a draft resolution, which will be placed before the party congress next month, ruling out any form of electoral alliance or adjustment with the Congress.

Asked if there was a possibility of changing the draft and incorporate "new options", Mollah said the issue needed to be discussed in the party congress, but there was always a chance of altering it after discussion.

Another CPM politburo member, Mohammed Salim, said the party will discuss every aspect, including the defeat in Tripura, before adopting its "political-tactical line".

A senior central committee member, who did not wish to be named, told PTI that in the present situation there are "high chances" that a window will be left open for adjustment with the Congress.

"A middle path has to be sorted out to keep a window for adjustment with the Congress. We can't let the BJP derive benefits out of division among Left secular and democratic forces," the central committee member said.

Yechury, along with a large section of leaders from Bengal, have been vocal about adjustment with the Congress to stop the BJP.

Yechury's political line, however, has been vehemently opposed by the party's Kerala unit, along with politburo member Prakash Karat, known as a hardliner in the CPM.

"We can no longer afford to keep the Congress out of the broader unity of Left and democratic forces," a senior CPM leader of Tripura, who also did not wish to be named, said.

According to CPM sources, the Tripura results have given Yechury and the Bengal lobby a much-needed political ammo to push for bringing all secular democratic forces together, including the Congress, to take on the BJP.

A CPM central committee member from West Bengal said the state unit has a clear understanding about the threats from the BJP.

"The Tripura unit also got the taste of BJP's divisive politics. But despite attacks from the RSS, the Kerala unit is yet to understand the magnitude of the threat the BJP poses," he said.

The CPM's allies, like the CPI, are in favour of the broader unity of secular forces, including the Congress.

West Bengal Congress president Adhir Chowdhury, who has been a big supporter of the Left-Congress alliance, said the CPM has to behave pragmatically and needs to relook at its policies on the Congress before it is "too late". 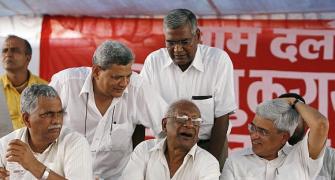 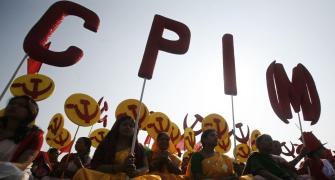