The ruling Bharatiya Janata Party won three assembly seats and the Congress bagged one in the high-stakes by-elections in Tripura on Sunday, officials said. 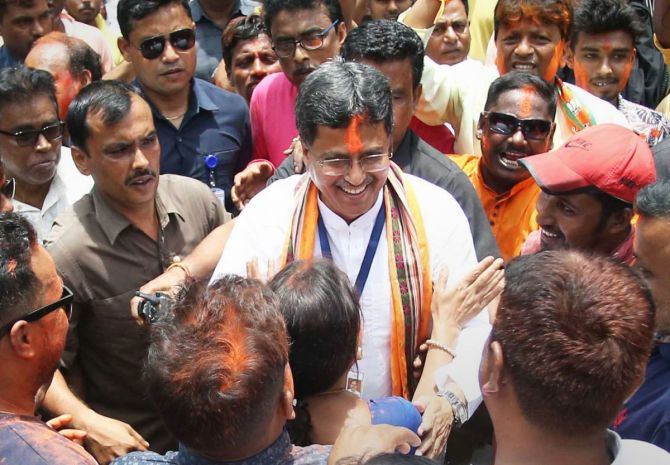 He secured 17,181 votes, which is 51.63 per cent of the total votes polled, as per the Election Commission.

His nearest rival Asish Kumar Saha of the Congress bagged 11,077 votes or 33.29 per cent of the total votes.

Congress candidate Sudip Roy Barman won the Agartala seat by a margin of 3,163 votes. He secured 17,241 votes, which is 43.46 per cent of the total votes polled.

With this victory, Roy Barman became the only Congress MLA in the assembly after the party's complete rout in the 2018 assembly elections.

Thanking the people of the state for voting for the BJP, the chief minister said that the results reflect an understanding between the CPI-M and the Congress.

"The people who voted for us, I thank them. This is the victory of BJP workers. In Town Bardowali, I expected the margin to be a bit more. However, the results prove the understanding between the CPI-M and Congress. We will work accordingly in the future, but people did not take this understanding in a good way," he told reporters.

"We have seen post-poll violence in the state for many years, so we have urged the people to stay away from such a thing. People's trust is the main factor, and we have to see they don't face any problems. I would also request the opposition parties to maintain peace," he added.

The Trinamool Congress, which was looking to make inroads in the Northeastern state, performed dismally with its candidates losing deposits in all the seats.

The counting for the by-elections, which were held on June 23, began at 8 am.

The by-elections for the Agartala and Town Bardowali seats were held as the incumbent BJP MLAs Ashish Kumar Saha and Sudip Roy Barman resigned from assembly before joining the Congress in February.

The bypoll to Jubarajnagar was necessitated as CPI-M MLA Ramendra Chandra Debnath died, while in Surma, BJP MLA Asish Das rebelled against his party, and was subsequently disqualified.

Following the bypolls, the ruling BJP has 36 MLAs in the 60-member assembly, its ally IPFT has eight MLAs, the opposition CPI(M)-led Left Front has 15 MLAs and the Congress one legislator. 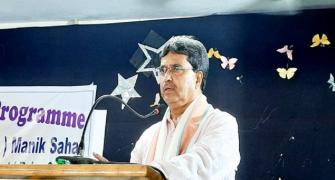 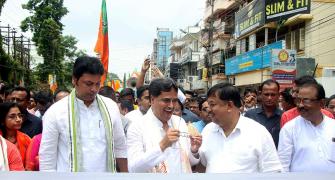 'Many BJP MLAs will quit the party' 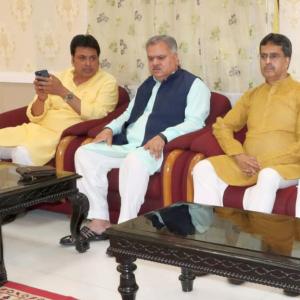 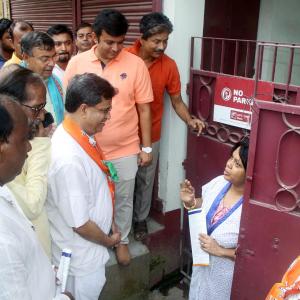